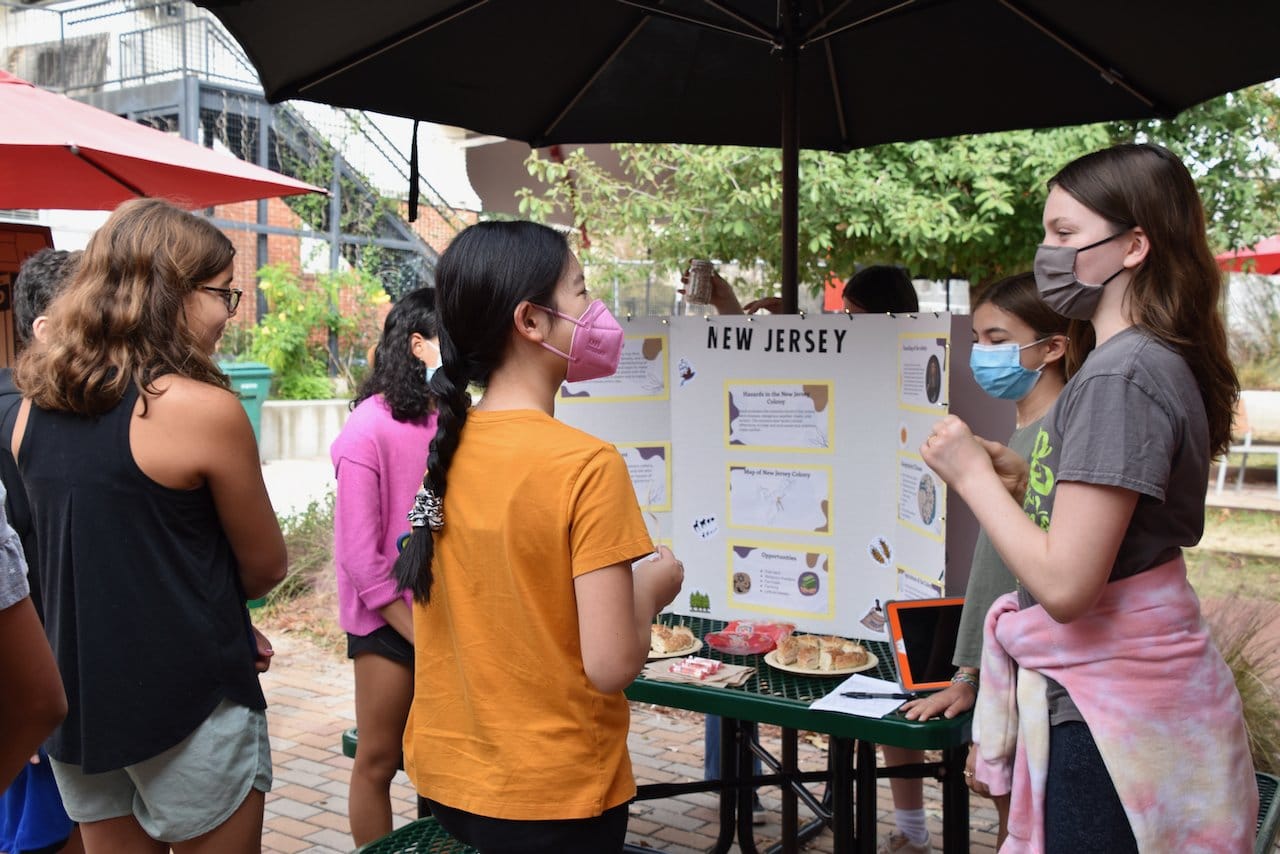 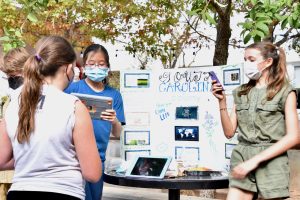 Students in Mrs. Sadosky’s seventh grade history class took over the Quad for a morning this week to deliver presentations about early American colonies.

They divided into groups, which each focused on a colony and explained to visitors why they should move to their colony. The visitors were fifth and sixth graders from Mrs. Rardon’s class, and they later voted on their favorite presentations.

Some students incorporated music or a rap into their presentations, while others offered treats, such as peach pie from the Georgia delegation and cookies and bagels from New Jersey, because it was the breadbasket of the colonies.