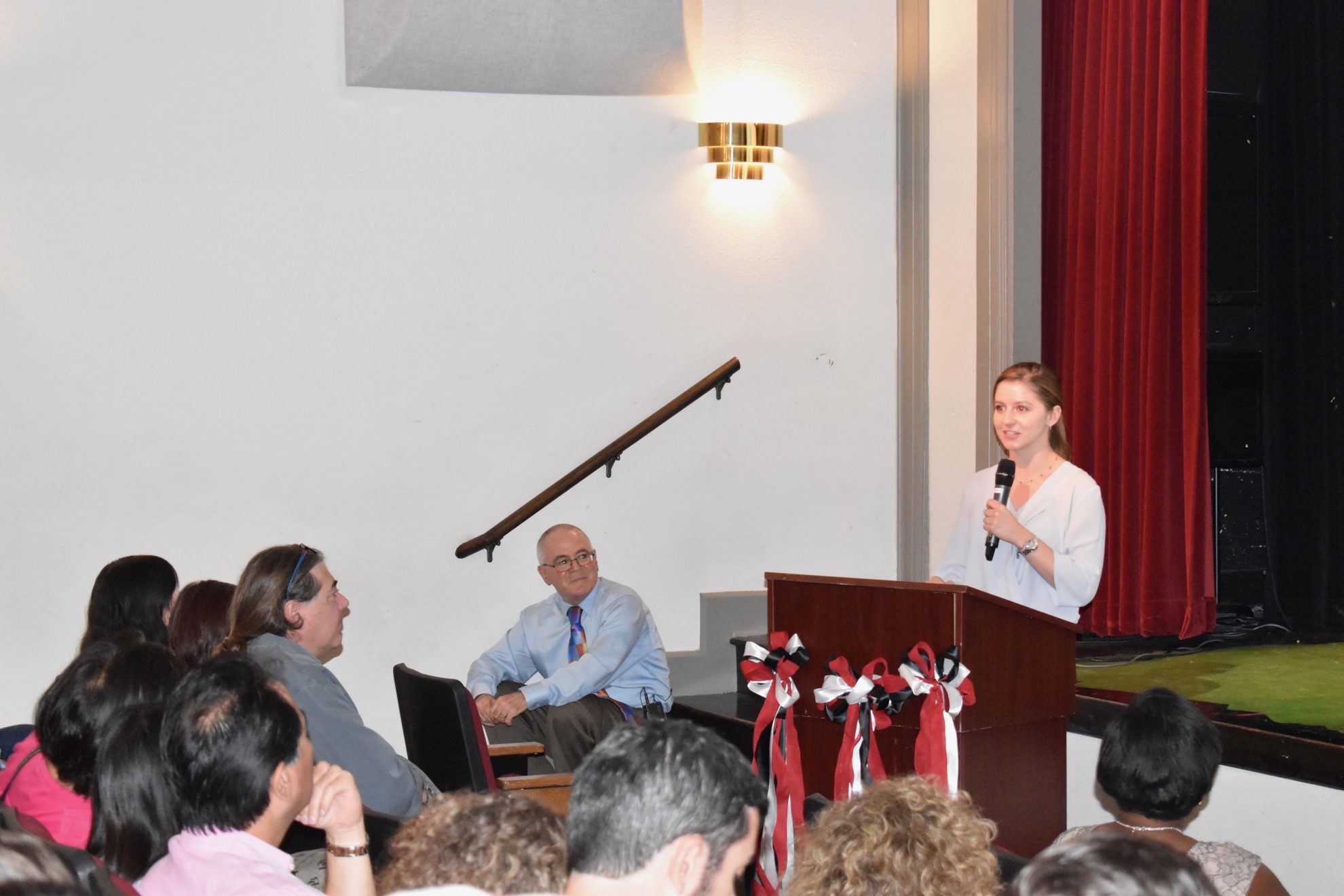 “Today, I consider myself the luckiest man on the face of the earth.”
–Lou Gehrig

This is how I felt as I listened to Keystone alumna Nia Clements, Class of 2018, speak at our Admissions Open House a little more than week ago. After more than two decades of following student speakers, I insisted out of self-preservation that I precede Nia, and I was glad I did. My remarks paled next to hers, and like everyone else in attendance, I considered myself fortunate to just sit and listen to Nia’s reflections on her time at Keystone. Beyond the confident and self-assured manner in which she spoke were the inspiring thoughts she shared. 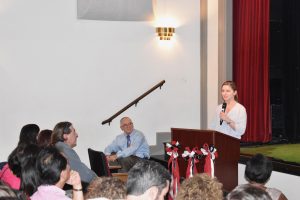 Introducing Nia was humbling enough as I recounted her impressive career. She has been researching cancer since she was in elementary school, she was a finalist in the Intel International Science Fair, she shared her research with Vice President Joe Biden and Bill Nye the Science Guy, she plays the violin, and she’s involved in two startup companies. Did I mention she’s a college freshman? Nia has packed more into fewer than twenty years than most people experience in a lifetime; however, one notices neither arrogance nor pretension when speaking with her.

Nia’s Open House remarks focused on the difference Keystone made in her life and seemed to fit into three themes:

She explained that the academic preparation she received at 119 East Craig made her more than ready than to take on the rigors of college. Nia explained that the curriculum at Keystone is challenging, but over time she learned how to do high level labs, write excellent essays, solve complicated math problems, and perhaps most importantly for a first year college student, manage her time. While many college freshman may panic over the difference in workload from high school or the increase in demands, Nia said she felt more than ready.

Perhaps, as Nia explained, her hitting the ground running was due in part to the relationships she had with teachers in lower, middle, and high school. Nia described the way she could go to the adults in her life for anything from extra help in a class to personal advice. She said that some teachers invited students to their house for dinner, and the relationship teachers had with students formed the perfect combination of support and challenge. Much more than merely classroom instructors, Nia’s teachers were mentors, guides, and coaches. As a result, Nia was able to pursue her passions in a variety of fields.

In addition to an excellent academic education and caring and devoted teachers, Nia cited the role of the community in her personal development.  A self-described “non-athlete,” Nia attributed her playing three sports to the encouraging Keystone community. Nia also described the way that she and her schoolmates were there for one another throughout high school and beyond. As a matter of fact, she explained, one of her classmates just that weekend was auditioning for a play on Broadway; Nia and all of her friends were on a group text sending their friend words of courage and uplift. Even though they were a thousand miles apart, the friends were there for one another and took pride in each other’s success.

As an educator for almost thirty years, I listened to Nia with pride and I nodded my head in agreement. For as long as one can remember, educational leaders have attempted to figure how to make school work for children. We’ve tried new pedagogical approaches, we’ve created, and recreated, curricula, we’ve built large shopping mall style high schools and then broken them down into smaller entities. Perhaps in all of our looking for the magic elixir, we’ve missed the most common-sense answer to what helps students succeed: challenging and supporting them academically; surrounding them with adults who will inspire their minds and nurture their souls; and creating communities of compassion, love, and respect. This is what enables many students, including wonderful young adults like Nia, to be prepared for college and beyond, discover and pursue their passions, and connect with adults and peers in a way that takes them to an entirely new level. Those of of us fortunate enough to work in schools like Keystone see this on a regular basis, and we should never lose sight of how fortunate we are.