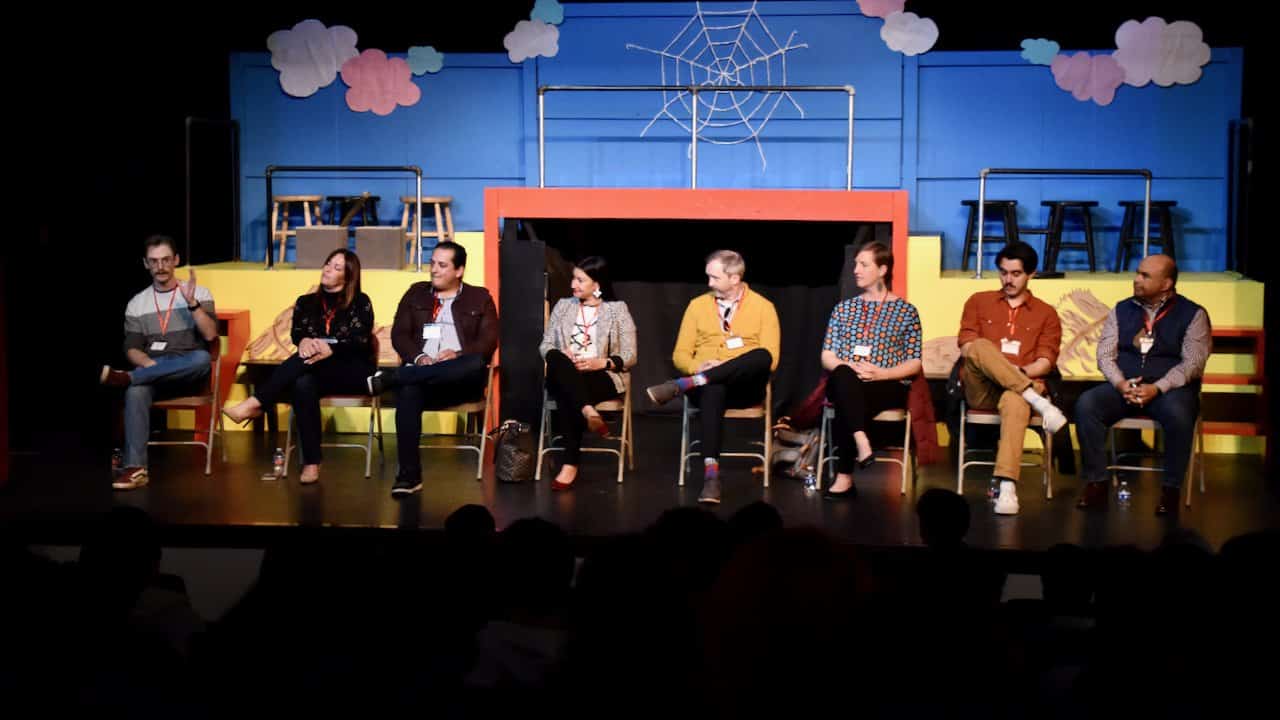 This year’s Alumni Day brought graduates who have gone on to make significant contributions to business, marketing, education and entrepreneurship, engineering and technology, filmmaking, medicine, law, and public policy.

They shared their experiences at Keystone, how this school prepared them for success in college and beyond, how they chose their careers and they offered advice about life after high school.

Later in the day, Upper Schoolers participated in an internship fair, and they learned tips on writing more effective resumes.

Here are the presenters:

Ray is Senior Vice President at Port San Antonio. He joined the Port in 2013 and leads the design, construction and delivery of new real estate developments and facilities throughout the 1,900-acre campus. His team oversees land development, project and construction management, utilities and infrastructure.

He has over 25 years of experience in real estate, finance and economic development. Previously, Flores was the Director of San Antonio’s Westside Development and oversaw his own real estate investment and consulting business. Prior to that, he worked for Fannie Mae in numerous capacities in Dallas and San Antonio.

Flores currently serves as a Director of the Texas Lyceum, a Trustee on the Board of Keystone School and was a member of the Leadership San Antonio Class 39.

He earned his undergraduate degree from Harvard University and an MBA from Southern Methodist University’s Cox School of Business. 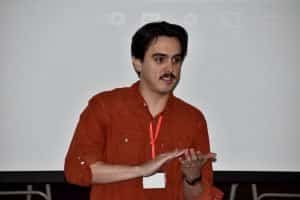 Kevin Echavarria is the Associate Director for Intelligence and Impact for McCann Worldgroup’s Global DE&I Practice. He graduated from Northwestern University with a degree in Comparative Literary Studies and a minor in Creative Writing, and spent time working for an arts & culture non-profit in Chicago, the Chicago Humanities Festival, before moving into the advertising industry as a cultural strategist and trends forecaster. Professionally, he explores how creativity, innovation, business and social behaviors shape the development of social justice movements & purpose-driven commerce in the short- and long-term.

He currently lives in Brooklyn, NY with his cat, Sox. 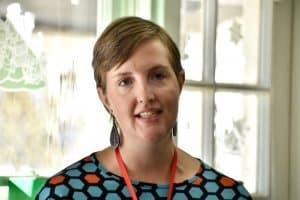 Mandy is a Keystone graduate from the class of 2000. She began her career by joining Teach for America after completing a degree in Economics and Math. In TFA, Mandy taught 4th grade in Brownsville, Texas. Though her heart remained in education, she didn’t want to stay a classroom teacher and in 2007 moved to Houston to manage a program at a middle school.

In 2011, after a few education reform, non-profit organization leadership roles, life circumstances and burnout led Mandy to quit the full-time life and enter the world of education consulting. During the 11 years since, Mandy has done work for numerous education nonprofits, charter school organizations, education for profits, and provided coaching to school and organization leaders. She has designed a life that works for her and still provides her meaningful opportunities to push for greater economic and social mobility in our country, earn a living, and develop her skills as a leader and professional.

Currently, Mandy is facilitating a monthly convening of education leaders in Buffalo, NY to identify shared challenges in teacher talent and to foster collaboration exploring city wide solutions. Participants include charter school leaders, Buffalo Public Schools HR team, deans from the education departments at the local universities, and education adjacent community based organizations. Recently, the group received a $2.1 million grant to start a teaching fellows program that will recruit diverse teacher candidates, support them through their educator preparation program, and create a city-wide experience for new teachers in Buffalo, NY.

Mandy currently lives in Bakersfield, CA with her husband and three kids: Maggie (9), Lena (5), and Jake (3). Before moving to California in 2020/21, Mandy and her family lived in Louisiana and her family is looking forward to moving back to Houston, Texas next summer. 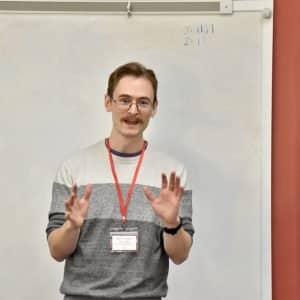 Myles is currently a graduate student at Harvard University’s School of Engineering and Applied Science, pursuing a Ph.D. in Materials Science and Mechanical Engineering. He researches how wearable robotic exoskeletons can improve the mobility of stroke survivors, focusing in particular on how to design exoskeletons that are slim and easy to wear.

Prior to grad school, Myles worked as a mechanical design engineer for two and a half years at Desktop Metal, a startup that makes metal 3D printers. As the roughly 50th hire, Myles got to help bring the company’s first device from proof of concept through manufacturing and product launch.

He earned a B.S. degree in mechanical engineering from Olin college in 2016. 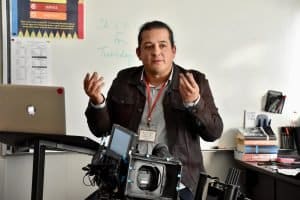 Steve Acevedo is a seasoned director and cinematographer based in Los Angeles. His projects reflect his affinity for capturing heart-pounding moments, from elaborate and intensely violent sequences to a shared breath that changes everything.

As the director of the short dark action thriller El Cocodrilo, Steve won multiple awards including Best Short Film at the Los Angeles Latino International Film Festival. Steve’s most recent work can be seen in his feature directorial debut, the charming romantic comedy Love and Baseball, acquired by HBO Max in May 2022. The film won Best Feature Film at the Mexican-American Film & TV Awards.

Steve’s credits further include directing two episodes of the hit USA Network series, Queen of the South starring Alice Braga, and All-American: Homecoming on The CW. He had also directed a diverse spectrum of commercials for sports brands like Nike Basketball, beer brands like Cerveza Montejo and comedic campaigns for BurgerFi.

Steve’s visual perspective is informed by his extensive experience as a cinematographer. He most recently lensed the documentary features TikTok, Boom and Coded Bias, both of which premiered at Sundance, as well as the award-winning indie features Satellite of Love and Jack’s Apocalypse. He also shot the feature doc, Catching the Sun, produced by Leonardo DiCaprio; and collaborated with Ken Jeong on the ESPN 30 for 30 film, Student/Athlete.

Born and raised in San Antonio, Steve is a member of the DGA and earned his M.F.A. in Film Production from Florida State University. 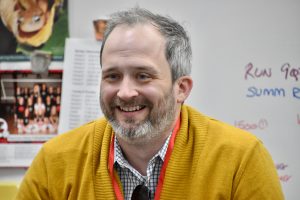 Colin Son is a board-certified neurosurgeon focused on diseases of the blood vessels of the brain and spine including brain aneurysms aneurysms, arteriovenous malformations, carotid stenosis and strokes.

Beyond his clinical practice, Dr. Son serves as an assistant clinical professor at the University of the Incarnate Word and regularly publishes clinical research. He is married to an amazing fellow physician. They have a clever nine-year-old daughter with another on the way. He enjoys cooking, traveling (especially for food), video games, writing and poorly performed yoga. 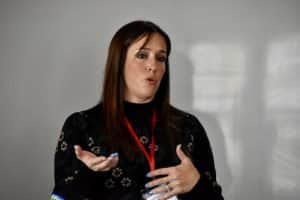 Jacqueline “Jackie” Herr Valdés is a San Antonio native who has dedicated her professional career to improving juvenile justice. Growing up, Jackie and her two older brothers watched their parents and grandparents dedicate themselves to improving the community. As a child, Jackie volunteered at Circle T Riding Center, a therapeutic horseback riding center for children of all abilities in the San Antonio area, owned and operated by her grandparents. As a young girl, Jackie remembers her own mother passing the Bar Exam and then working in the Bexar County District Attorney’s Office. Her mother would later be elected to serve Bexar County as a District Judge for the 186th District Court.

Jackie had always been a teacher at heart. After earning a BA in Mathematics at Trinity University, she had the opportunity to attend law school at St. Mary’s School of Law and graduated and passed the Texas Bar Exam in 2006. Jackie began her career practicing criminal defense. In 2008, Jackie was given the opportunity to work for the District Attorney’s Office assigned to the Juvenile Section. This is where her passion for helping children and practicing law came together. Jackie has worked in all three Bexar County juvenile courts. This work experience has given her great insight into the issues that juveniles face in our community.

Jackie and her husband, attorney Eduardo Valdés, have five children – Madeline, Paloma, Noah, Santiago, and Alex. The Valdés family is active in the community. Jackie’s children are involved in soccer, gymnastics, and dance. Jackie is an active member of her church, a Guadalupana, and the Danza Director for a mass honoring the Feast Day of Our Lady of Guadalupe. 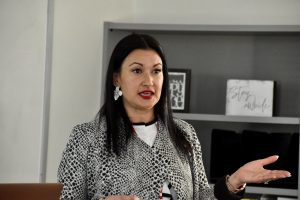 Upon graduating in 1993, Barbara attended Princeton University where she was active in dance, eating clubs and Army ROTC. When she graduated Princeton in 1997 with a degree in psychology, she entered active duty as a Patriot missile officer, and had the opportunity to be stationed in South Korea, Texas, South Carolina, and Kuwait. Leaving the Army as a Captain, she moved to Palm Beach County, Florida where she worked in sales for Johnson and Johnson and then for The Breakers Palm Beach, a five-star resort.

While in Florida, she met her husband and became a stay-at-home mom to two daughters. During her time as a stay-at-home mom, she earned her Masters of Public Affairs (MPA) degree from Indiana University School of Public and Environmental Affairs (SPEA) and moved her family to Washington DC to take a job with Grant Thornton as a management consultant in the federal space. After a few years of management consulting, she left the private sector, and moved to public (federal) service as an IT project manager, with US Customs and Border Protection.

She lives in Washington DC with her husband and two daughters, and a King Charles Cavalier Spaniel named Georgia.