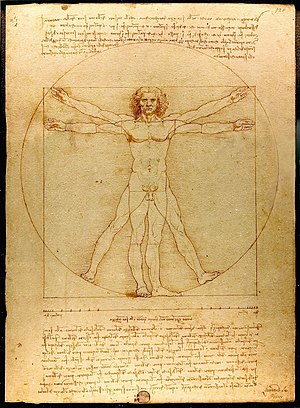 …Technology alone is not enough—it’s technology married with liberal arts, married with the humanities, that yields us the results that make our heart sing.
–Steve Jobs

As the twenty-one Keystone students boarded the bus for the drive to Austin, I felt both envy and excitement for them. For the first time in school history, we were sending students out of town to the Independent Schools Association of the Southwest (ISAS) Arts Festival where they would immerse themselves in three days of performances, workshops, gallery walks, and spontaneous outbursts of creativity. Having attended previous arts festivals in Austin and Dallas, I knew what they were in for; in the next seventy two hours, they would gather with approximately five thousand of their peers from across the Southwest to learn from one another and appreciate each other’s work. The ISAS Arts Festival feels like a cross between the movie and television show “Fame” and summer camp, and our Cobras were going to experience this creative energy for themselves.

All too often in the past, educators and schools have approached the arts as if they exist at the opposite end of a spectrum from the sciences with one pole representing linear and regimented thought and the other pole standing for fluid and divergent thinking. However, at least since the Renaissance, we have known that this dichotomy is false. We need only study the works of Leonardo Da Vinci to see that the arts and the sciences are in fact inextricably linked. Producing art requires constant experimentation and creating science demands the continuous breaking of previous barriers and defying preconceptions. Naming the newest building on Keystone’s campus the Shadfan Science and Creativity Center represents an acknowledgement of the ties between scientific and innovative thinking.

In addition, more and more research supports the crucial role of the arts in children’s intellectual development. According to a 2011 Report by the President’s Committee on the Arts and Humanities (PCAH) called Reinvesting in Arts Education: Winning America’s Future Through Creative Schools,

“The opportunity to learn about the arts and to perform as artists is an essential part of a well-rounded curriculum and complete education. The study of drama, dance, music, and the visual arts helps students explore realities, relationships, and ideas that cannot be conveyed simply in words or numbers. The ability to perform and create in the fine arts engenders innovative problem-solving skills that students can apply to other academic disciplines and provides experiences working as a team. Equally important, arts instruction supports success in other subjects. Visual arts instruction improves reading readiness, and learning to play a musical instrument or to master musical notation helps students to succeed in math. Reading, math, and writing require students to understand and use symbols –– and so does assembling shapes and colors in a portrait or using musical notes to learn fractions. Experiences in the arts are valuable on their own, but they also enliven learning of other subjects, making them indispensable for a complete education in the 21st Century. “

Many years ago, a colleague explained that the arts provide children, and adults for that matter, with multiple ways to both see and explain the world to themselves and others. Her argument was that art was like another language that shaped our view of the world and the way we explained it to others. Again and again, Keystone students from three-year-old preschoolers to seniors in high school demonstrate this understanding intuitively. They draw and paint images that redefine the world in front of us; they sing and play instruments that touch our hearts and heads. On the stage, our Cobras make us laugh one moment and hold our breaths in another. They create all of this art while excelling in science fair, math competitions, and writing competitions. They interpret data in scientific experiments and they reinterpret the world in their artwork. In both cases, they impress us and they inspire us to question and re-imagine our worlds.

Although the poet William Congreve opined in 1697 that “music has charms to soothe a savage breast, to soften rocks, or bend a knotted oak,” we know that it can also do great good for younger students’ cognitive growth. Here again, according to the PCAH study, “Through the leadership of the Dana Foundation, which supports brain research, cognitive neuroscientists in seven universities have undertaken formal studies of the connections between arts training and academic performance using advanced techniques including brain imaging (Asbury & Rich, 2008). Increasingly, researchers are finding evidence that early arts education is a building block of developing brain function. Examples of findings, some of which corroborate earlier findings, include:

Although one could argue that the inherent value of the arts requires no further justification, it does not hurt to know that they also strengthen students in a variety of other areas. Consequently, teaching students the arts is more than a “nice thing to do;” it’s integral to their developing cognitive abilities that benefit them holistically.

So, as we enter into a spring filled with concerts, displays, and performances, we can wish our students well (or encourage them to “break a leg”), we can support their artistic visions, and we can thank them for inspiring us. Their creative energies are helping us to see our world anew, and for that, we can all be appreciative.