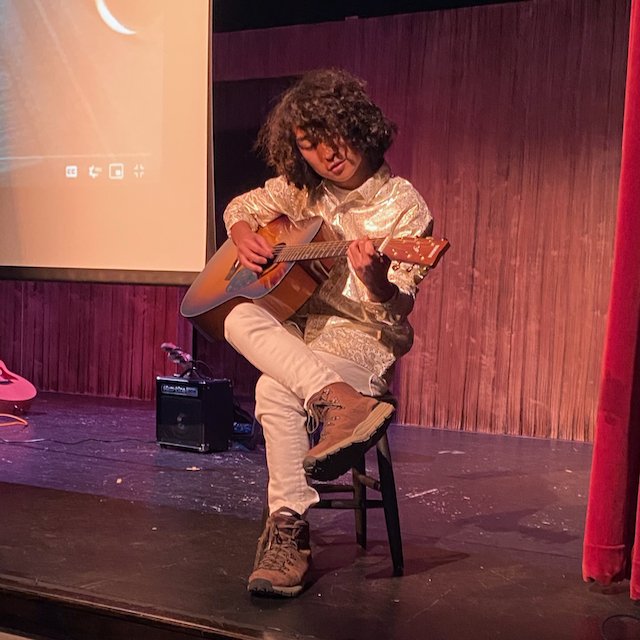 “The reflections on a day well spent furnish us with joys more pleasing than ten thousand triumphs.”
Thomas Kempis 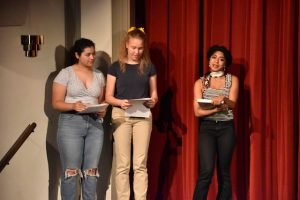 Our students amaze me on a daily basis, and last Thursday took that admiration to a new level. It was a day filled with more activity and high spirits than the school has seen in years. From our youngest Cobras at the Little School to seniors about to graduate in a few short weeks, every division embarked on meaningful activities that epitomized Keystone’s values and continued a return to being together after two years of physical distancing. From early morning until the evening, students of every age celebrated and inspired each other.

The morning brought International Day on the main campus, when students in Fourth Grade, Middle School, and Upper School presented skits, sang songs, and shared homemade videos that demonstrated their growing facility in French and Spanish. Whether they acted out a scene from Rhinocéros by Eugène Ionesco, read Caminante no hay Camino by Antonio Machado, or sang songs in French or Spanish, the students’ performances proved impressive. In particular, a French pop song from junior Jasmine and a musical piece by ninth graders Charlie, Ajay, Adelaide, and Matthew blew us away.

In a moment that displayed the beauty of this community, the upper schoolers joyfully applauded the fourth graders after their performance, encouraging the younger students and setting an example for them to follow. Seeing the pride in the faces of the fourth graders brought a smile to the adults in the theater, too. Thank you to the students, their teachers – Señora Greenfield, Señora Fierro, Madame Bolshakova, Mr. Gonzalez, and Ms. Jackie – and Mr. Spedding for organizing the day.

After activities in the Theater, the focus shifted to the cafeteria, where an assortment of cookies from all over the world went on display, courtesy of a lot of baking time from students in 5th and 6th grades and English teacher Mrs. Luckie’s recipe collection. The display was both attractive and delicious! For lunch, the middle and upper school students dined on catered Indian, Greek and Chinese food.

Why is International Day so important? First, our students hail from throughout the world and often travel to visit relatives in places far and wide, including China, South Korea, India, Turkey, Pakistan, the Middle East, throughout Europe, Latin America, and other countries. Many of our alumni have gone on to live and work abroad and/or collaborate with colleagues from around the globe. We know our students and alumni will live in an increasingly interconnected world, so the more they can learn about and appreciate other cultures, the better prepared they will be.

In addition, learning about other cultures and speaking a variety of languages is fun and intellectually stimulating. Study after study has validated the cognitive benefits of language study and acquisition. We grow as students and as people when we engage with other ways of seeing and describing the world, and our views gain a depth and breadth they may have previously lacked. Spending time with other cultures also enables us to look at our own culture and country with a wider perspective as well. There’s wisdom in the post-World War I song, “How You Gonna Keep ‘em Down on the Farm (After They’ve Seen Paree)?”

The day progressed from looking at an interconnected world to celebrating San Antonio with the afternoon’s annual Fiesta parade at the Little School, where students marched with parade floats they had created, with possibly the help of their parents. Surrounded by clapping family members, the youngest Cobras showed off their handiwork, savored shaved ice, and cracked cascarones over each other’s heads. After not really being able to enjoy Fiesta for a couple of years, it felt good and right to be back together and revel in one another’s company during this quintessentially San Antonio event.

Shortly after the school day officially ended, the Middle School Social commenced at 5:00 p.m. on the main campus. Some students viewed the movie “Encanto” in the theater while others played video games in North Hall or outside games on the sport court or in the Quad. Although the importance of just hanging out and being with each other cannot be overemphasized, the evening also served an important public health need.

Eighth graders Anna and Meghal designed the evening to be fun and raise funds for the American Heart Association. Anna has been recognized already for her work on behalf of cardiovascular patients; she and “The Incredible Howks” (named after middle school science teacher Don) wished to involve more of their peers in supporting research and patient care. Between donations and pizza sales, (you can never sell too much pizza), the girls raised more than $770 for the American Heart Association. This, along with other funds Anna and the Incredible Howks raised, totaled more than $15,000. Good on everyone involved for having an enjoyable evening and helping others, and special thanks to the teachers and staff members who chaperoned the event.

Driving home provided a moment for reflecting on a full day. Our students and teachers demonstrated academic and artistic excellence in their world language presentations and the floats they created for the parade; in addition, they showed a commitment to ethical growth, responsible leadership, and community involvement with their aid to cardiac research and services. To the students who organized, helped and participated: Thank you for your outstanding devotion to the Keystone community and the world beyond. You make a difference and you make us proud.