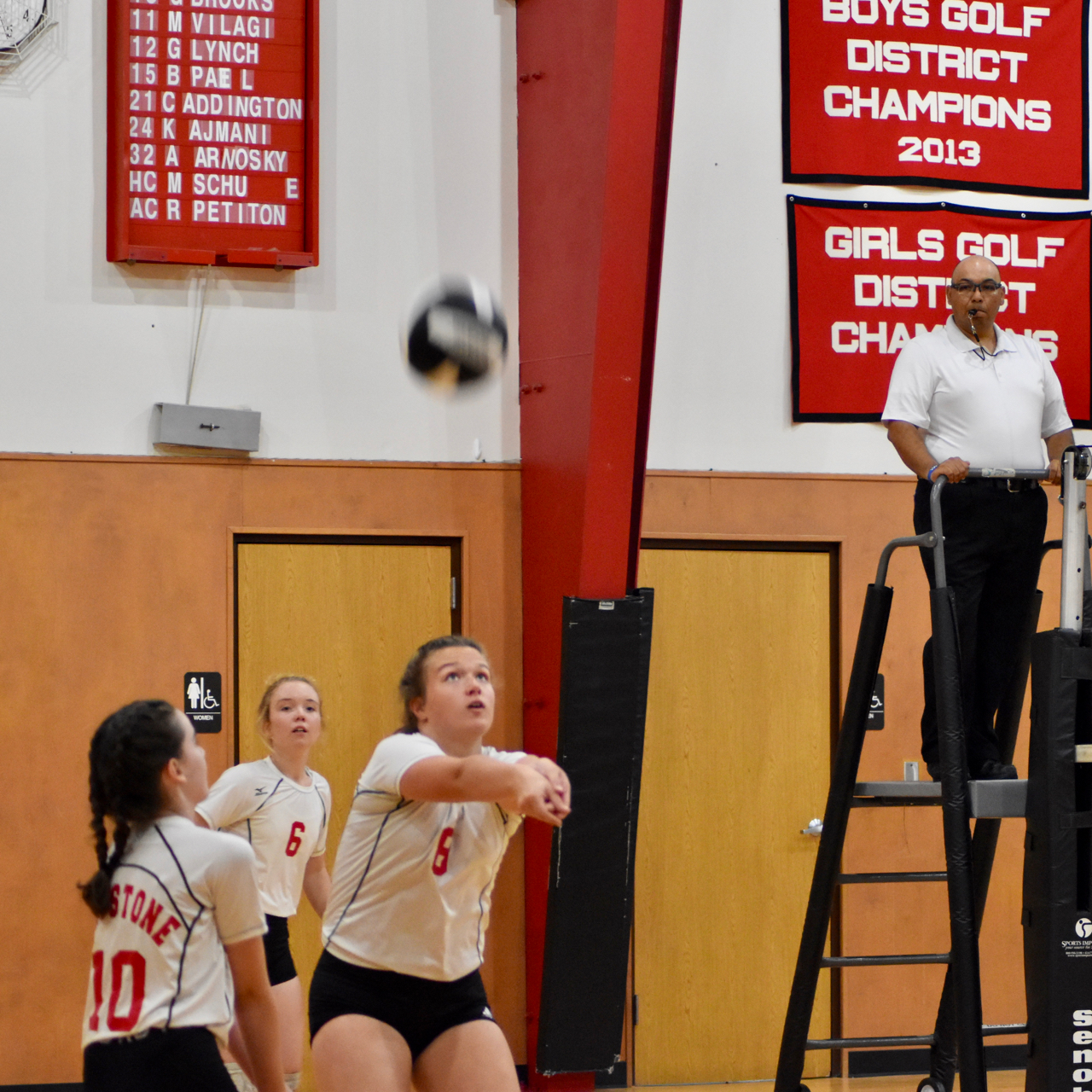 The supreme quality for leadership is unquestionably integrity. Without it, no real success is possible, no matter whether it is on a section gang, a football field, in an army, or in an office.
–Dwight D. Eisenhower

So, what exactly is leadership? We use the word all the time, but do we ever stop to think about the definition? Is it one of those things that we can’t define but we know it when we see it? Does the end justify the means in leadership situations? Was Niccolo Machiavelli correct when he said in “The Prince” that ““it is much safer to be feared than loved?” 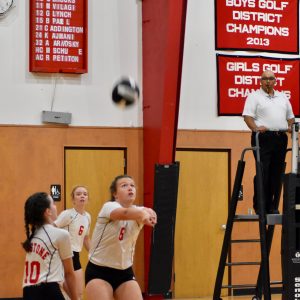 At Keystone, we strive to teach “responsible leadership” as one of our core values. What, exactly, does that mean? How do we put it into practice? These were some of the questions we discussed in the Middle School Leadership class that Ms. Mlcak and I are teaching this year. The students asked questions and shared ideas that reflected their maturity and desire to grapple with abstract concepts. Already, the class has been an absolute delight!

As a historian, I think about examples of responsible leadership from our own country. For example, George Washington could have served as president for life, like a king. Instead, he stepped down after his second term. The Tony Award-winning musical “Hamilton” describes it wonderfully.

In the song “One Last Time,” Washington informs Alexander Hamilton that he’s going to leave the presidency after his second term, and Hamilton attempts to convince the President to stay on. Washington explains that if his farewell letter is done well, they will teach their fellow citizens that leaders move on and new ones emerge-this is an integral component of the democratic process.

As we know, Washington retired to Mount Vernon and lived out the rest of his days there. In this case, leadership meant foregoing the opportunity to stay in office indefinitely-that, in fact, strength meant relinquishing power. Long ago, a friend told me that “the more power you have, the more you can let go.” Leaving office may rank as one of the most important acts in Washington’s life of service. When he heard that Washington was retiring from the presidency, King George III of Great Britain is reputed to have said, “Then he shall be the greatest man in the world.”

In the days after World War II, President Eisenhower showed remarkable leadership in a low-key manner. In the book, “Ike’s Bluff: President Eisenhower’s Secret Plan to Save the World” author Evan Thomas seeks to alter the previously held view of Eisenhower as the genial general who was out of his league in the White House; he argues that the same gamesmanship the president demonstrated in playing cards and golf allowed him to lead the United States in countering a variety of global threats during the Cold War. Perhaps one of “Ike’s” greatest assets as a leader was what today we might call “character.” Growing up in a religious family enabled him to apply lessons from scripture to both war and the pursuit of peace. No time during his presidency was more fraught with peril than the autumn of 1956 as the Suez Crisis flared, the people of Hungary rebelled against their Soviet sponsored and militarily supported Communist government, and Eisenhower was in the midst of a re-election campaign. Ike’s steely resolve, his comprehension of the geopolitical situation, and his calm and steady leadership prevented regional conflicts from spiralling out of control and into a broader conflagration. While leadership can often mean being out in front, sometimes it is the work behind the scenes that makes success possible.

Closer to home, our Keystone students have demonstrated lessons in leadership in a number of ways. Last school year, the fourth grade early on approached me requesting that Keystone have a school dog. During our meeting, a group of students presented a well-written petition with many signatures, an informative PowerPoint presentation, and an articulate argument for a Keystone canine. Although their request was not granted for a number of reasons, I told them that I was impressed with their passion and their sophisticated thinking. Later in the year, some of those same students came forward with an equally thoughtful proposal on why Keystone could and should do a much better job of recycling our trash. Here again, they wrote a well-considered rationale that was both informative and compelling. The administration took to heart their suggestions, and as a result, we are now using compostable plates, we have stationed recycling bins all over campus, and we hope to reduce our carbon footprint dramatically. Thanks to the leadership of these girls and boys, Keystone will teach students in word and deed how to live in an environmentally sustainable manner.

Our Cobra student athletes recently showed an inspiring example of leadership. Last year’s team made it to the State Volleyball tournament; however, the team graduated three players, so this year’s team includes three ninth graders. While hopes may be high, expectations might be tempered when there’s so much youth and inexperience at the varsity level. Perhaps that’s why last week’s first game of the season was so thrilling. After winning the first set, the Cobras lost the next two, and it looked like they might give away a large lead and the match in the fourth game. At this point, though, some of the older girls rallied their younger teammates, who, truth be told were playing well, to hold on in the fourth game, win the fifth, and take the two-hour long match. The girls proceeded to come in second in the tournament they played on Friday and Saturday, and at the end of the week, they were 9-1. Although the season will have the usual ups and downs, it was heartening to see early on how the more seasoned players demonstrated leadership when the going got tough.

So, what can we learn from American history and from our Keystone students about leadership? As in President Washington’s case, leadership sometimes means giving up some power for a greater cause; like Eisenhower, one can sometimes lead out front and at other times behind the scenes. Keystone’s core values of academic excellence, ethical growth, community involvement, and responsible leadership don’t exist in isolation from one another. On the contrary, it’s in their coming together that our students can do great things. Whether they are taking their strong skills in reading and writing and applying them to what they have learned about the environment to better our community, or they are encouraging their younger schoolmates to not get discouraged and to dig deep, our Cobras show all of us how to lead intellectually, ethically, and responsibly. This is why, on the one hand, we can be so proud of them now, and on the other hand, we can be so excited about the amazing things they will accomplish in the years ahead. In the words of the musical “Hamilton”: “there are a million things I haven’t done, just you wait, just you wait.”