How do we inspire our children to participate in the political process?

How do we inspire our children to participate in the political process?

“A Republic, If You Can Keep It”
–Benjamin Franklin

Another round of midterm elections has come and gone, and regardless of how people feel about the results, one response may be a sense of relief that it’s over. Like other electoral contests this one contained mudslinging, negative campaigning, and vituperative language. Although this year’s elections may go down as the most expensive ever, there are other elements that might make it stand out historically. Sadly, when we look back at the 2018 midterms, we may remember the violence, whether it was by word or by deed, including pipe bombs, the shooting in a Pittsburgh synagogue, and the murder of two African-American men outside Louisville, KY. 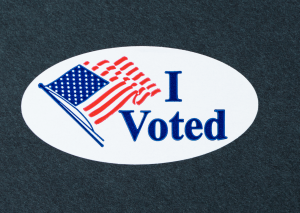 So, in this age of uncivil debate and actual fear, how do we inspire our children to participate in the political process? I’ve been thinking, speaking, and writing about this topic for years, and just last week, I served on a panel at the ISAS Heads Conference in Dallas discussing how we make our schools into places of engaged and productive dialogue. Perhaps one place for us to start in teaching our children is to consider how we describe politics to them. Webster’s Online Dictionary defines politics as “the art and science of government.” In a democracy, we should encourage our children to get involved and participate in politics as both a duty and as an opportunity. We want our children to understand that service is a laudable calling, and rather than looking at it as something that is sullying, we should view it as ennobling.

The historian in me habitually looks to the past for guidance, and for a while, I have wondered if the 1850’s can serve as a historical analogue for our present. If so, there’s good news and bad news to consider, and there are interesting parallels. For example, are the sanctuary cities across the US today the modern day equivalent of the states in the Antebellum period that refused to enforce the 1850 Fugitive Slave Act? Is the growing political and geographical polarization now similar to the steadily increasing fracturing of the United States around the issue of slavery from 1820-61?

Historian and former Newsweek Magazine editor Jon Meacham reminds us in his newest book The Soul of America: The Battle For Our Better Natures, that we’ve been in a similar place before and we survived. Similarly, in her most recent book, The Field of Blood: Violence in Congress and the Road to the Civil War, Yale History Professor and co-host of the Backstory podcast Joanne Freeman describes the manner in which Congress in the nineteenth century was an extremely violent institution, both verbally and physically. If history is any guide for us to go by, the good news is that we have weathered turbulent and tumultuous times before: the bad news is that it took a Civil War to reunite us. (I’m not saying that we’re headed toward a civil war, but it may behoove us to look at the nineteenth century as a cautionary tale.)

As parents and as educators, how do we help our children make sense of today’s political scene? We explain that people of good will can disagree without being disagreeable, and we should focus on the issues rather than the individuals. We help them see that we are facing many complex issues that defy easy answers, but part of living in a democracy is grappling with these topics. We teach them that it’s a right and a responsibility to be involved. We tell them that bigoted language is wrong. It’s wrong in our daily lives and it’s wrong in our politics. We help them understand that words have consequences, and that vitriolic and threatening language can in fact lead to violent and destructive behavior. We encourage them to be agents of change, but to realize that change is a long and slow process. As the nineteenth century abolitionist Theodore Parker said, “The arc of the moral universe is long but it bends toward justice.” We want them to be in it for the long game, and to realize that there will be fits and starts along the way.

As Benjamin Franklin exited Constitution Hall in 1787, he was purportedly asked by a group of Philadelphians whether the Constitutional Convention that just concluded had produced a republic or a monarchy. Franklin is said to have responded, “A Republic, if you can keep it.” We are privileged and obligated to teach our children that a democracy is like glass-it can be both fragile and resilient. If we want them to keep this republic, we need to help them learn how to do it and not take it for granted. Frederick Douglass once pledged to use “my pen, my voice, my vote” to fight for emancipation. If we can help our children learn how to use their pens to express their opinions, their voices to speak out on what is right, and their vote to make a difference, then we can rest assured that our democracy will be around for a long time.