How do we learn about civil discourse? 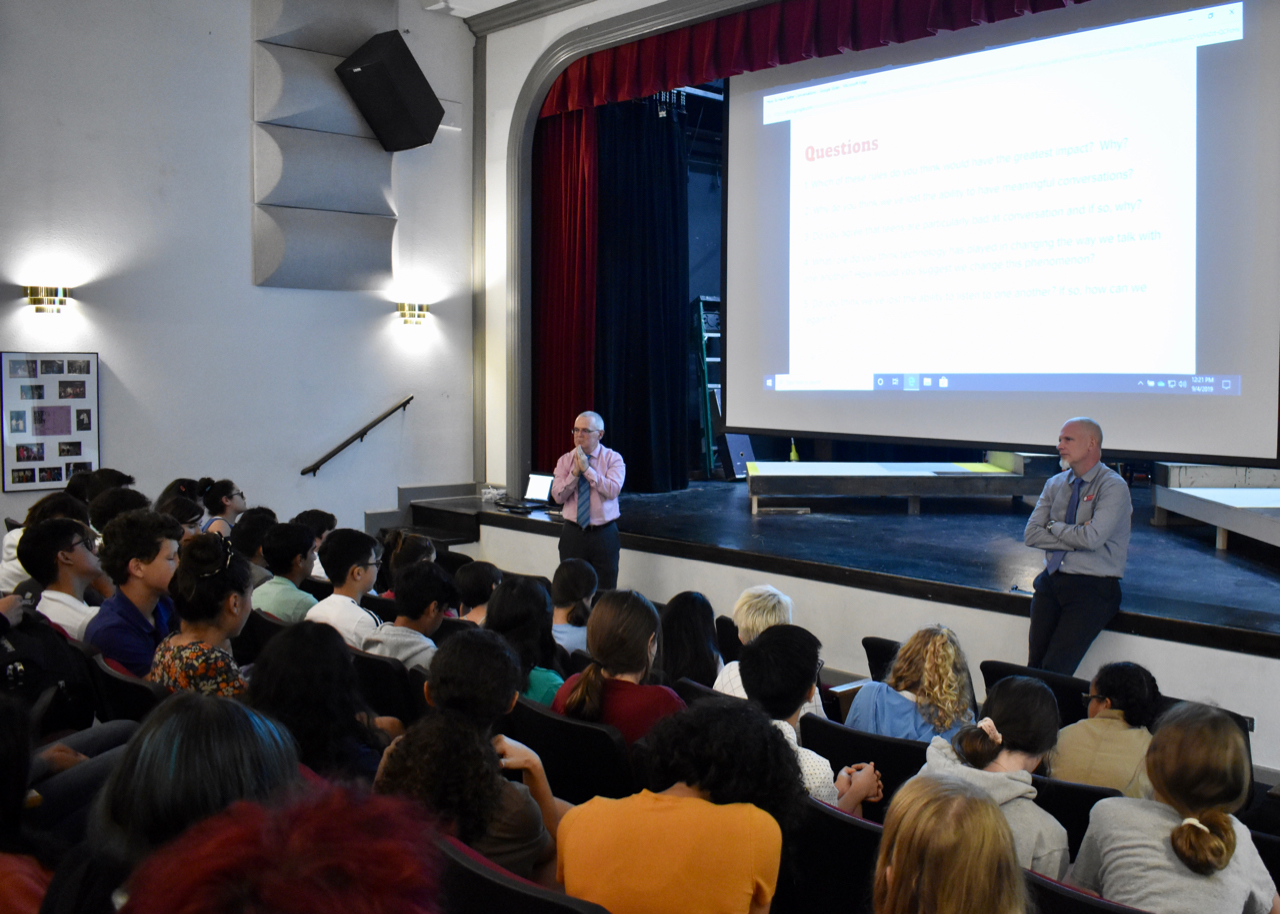 How do we learn about civil discourse?

“Go out, talk to people, listen to people, and, most importantly, be prepared to be amazed.”
–Celeste Headlee

How do we talk about talking? In this age of extreme partisanship, online rancor, and political violence, how we converse with others may be more important than ever. As Mr. Spedding and I shared with the upper school students at a division meeting, our society’s ability and willingness to engage in civil discourse with others could be at an all time low. On college campuses, speakers are shouted down or banned, and we regularly see news stories about the lack of give and take in politics. 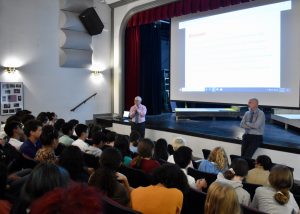 Earlier this year, our older son who was in his final quarter of college experienced first hand the slippery slope where political disagreement leads to potential violence, in this case a threat of murder. What should have been an exciting culminating experience became a painful lesson in the way that people use online speech as a weapon. His Honors College Seminar professor had written a controversial essay on the Israeli-Palestinian conflict that angered many people. However, rather than engaging in a debate with him and his ideas, some opponents of his thesis threatened his life. Our son called me to share the surreal experience of having his seminar relocated to a room that was at the end of a long, narrow hallway; upon arriving to class, he and his classmates had to pass between armed guards and have their bags searched before entering the classroom. I was saddened for him and his fellow students that we had reached this point.

I remembered this incident during the upper school meeting as the high school students, teachers, and administrators watched a TED Talk by the radio host Celeste Headlee. In her presentation, Headlee offers 10 rules for how to have a conversation and perhaps most importantly, how to listen. For example, Headlee recommends to not multitask during a conversation. She says that if one wants to leave the conversation, then leave, but don’t try to be in a conversation and do other things simultaneously. She also says that we should avoid pontificating, and we should use open-ended questions in order to solicit interesting answers and provide the conditions for interesting discussions. Just as importantly, Headlee cautions us to say “I don’t know,” if we don’t in fact know the answer; in addition, we should also avoid equating our experience with someone else’s when they are sharing bad news. As she says, “all experiences are individual.”

Perhaps most crucially, Headlee stresses the importance of listening, a skill that one could argue is in short supply today. She quotes President Calvin Coolidge who once said, “no man ever listened his way out of a job.” Because we listen so much faster than people speak, we often want to jump in and take control of the conversation. Doing so, though, prevents us from learning important lessons and bettering ourselves.

Following the TED Talk, we asked the upper school students what they thought were the main takeaways or whether they agreed with her arguments. One senior said that perhaps the most fundamental lesson is to engage in conversations with people with whom we disagree and really listen to them with an open mind and an open heart. We discussed that this is difficult to do, but we have to be willing to learn something and possibly change our minds. Nevertheless, we can only do this if we really listen to one another. A friend once told me that his father used to say to him, “Are you listening to me or just waiting for your turn to talk?”

To their credit, the students didn’t necessarily agree with everything Headlee said. They believe that as opposed to what she stated about the inability of teens to converse, adolescents actually engage in rich dialogue with others both in person and online. In fact, they said, teens have very exciting discussions with a number of communities, face to face and in cyberspace. The students also took exception to the idea that teens are worse than adults in conversation because of technology. I appreciated their willingness to listen critically to her argument, accept certain elements, but also speak out when they felt that she was off base.

Unfortunately, there are few role models in our society today for teaching children civil discourse. We live in a time when debate is seen as a battle instead of an opportunity to learn from one another. As we continue through a turbulent political period, we will continue this dialogue so our students can become exemplars for others of how to engage in meaningful, productive, and enjoyable conversations.