How fourth-graders show the timeless power of storytelling 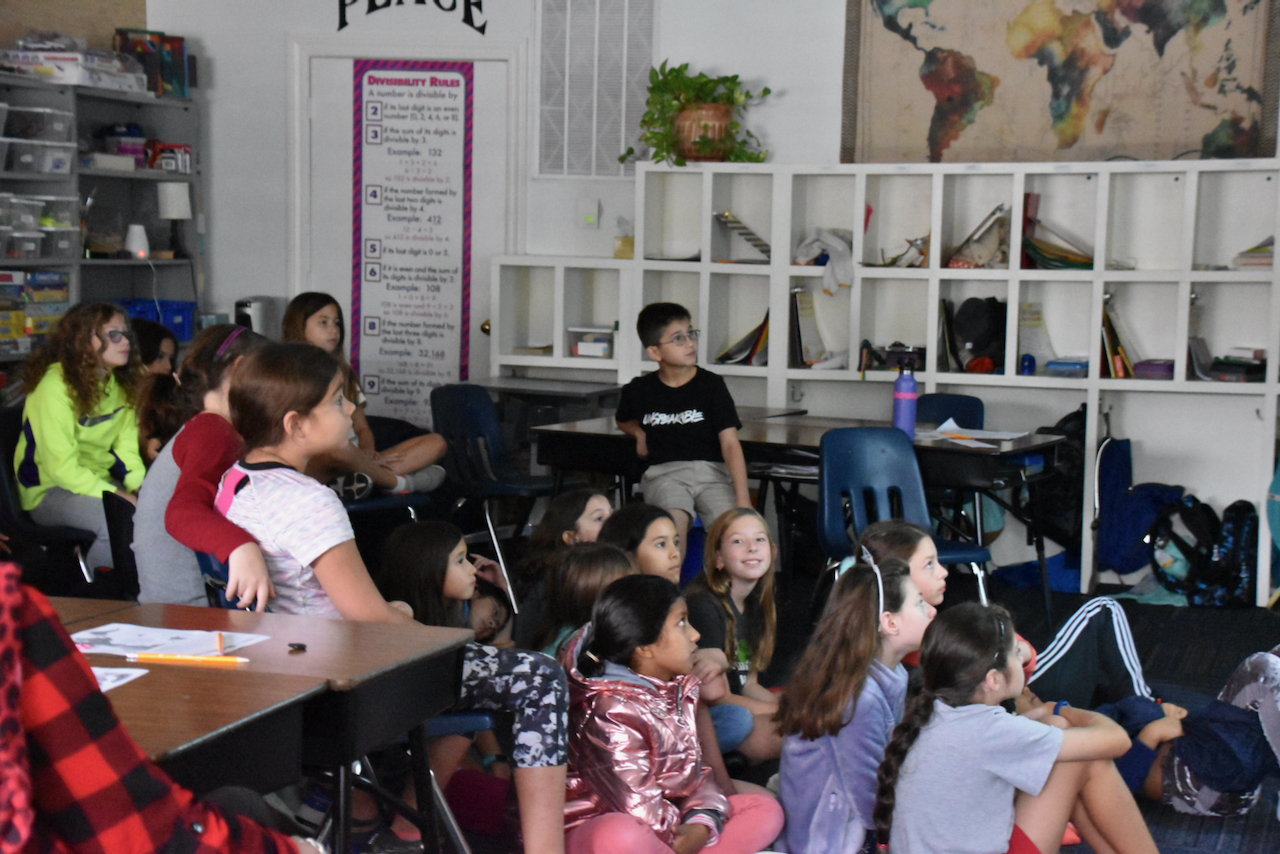 How fourth-graders show the timeless power of storytelling

“The human species thinks in metaphors and learns through stories.”
–Mary Catherine Bateson

Sitting with the fourth graders and watching Paul Salopek share his experiences via Skype from Northeast India and Myanmar had me transfixed. Here were our students in San Antonio speaking with the two-time Pulitzer-winning journalist while he recounted stories about the people and places he had encountered so far on his 21,000- mile trek round the world. He shared pictures and videos reflecting the culture, the economy, and the landscape, and if you go to his National Geographic website, you can see where he’s been and where he’s headed. Salopek’s “slow journalism” aims to retrace the steps of our ancestors as they left Africa and migrated to other continents. Hearing from Salopek was storytelling at its finest. 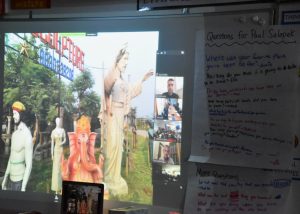 While the pictures and film Salopek shared were compelling, it may have been the way they merged with the tales he told that made this event so exceptional. Stories, anthropologists tell us, allow us to explain and communicate with each other. From an early age, we contextualize the world around us through stories, and as we grow older, they provide lessons on how to live, how to interpret events, and how to give our lives meaning. Whether it’s Rudyard Kipling’s “Just So Stories,” “Aesop’s Fables,” or tales from our holiest texts, we use tales to teach our children how to be ethical and empathetic human beings. As a result, reading a tale to our children at bedtime means much more than just lulling them to sleep. At one level, we are teaching them the inherent pleasure in hearing a story; however, on a deeper level, we’re helping them learn how to take a myriad of facts and order them in a way that means something. As they grow older, we take great pleasure and excitement in our children crafting stories of their own; the tales demonstrate their creativity and growing sophistication.

I have always loved listening to stories. One fond memory stems from a Halloween many years ago when a group of friends and I attended a nighttime ghost story-telling festival in a centuries old cemetery. The shared experience of drinking warm cider and listening to frightening tales while sitting on a blanket next to a tombstone made us shiver from more than just the autumnal temperatures. Over the last few years, I have discovered the joy of audio books as another way to access great literature and compelling non-fiction. 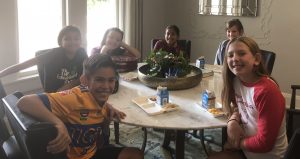 Consequently, when the fourth grade teachers offered me the opportunity to sit in on their talk with Salopek, I enthusiastically said, “yes!”. Here was a renowned journalist who would discuss and show the impact of climate change, human migration, and cultural transition through his own personal travelogue. He would augment his first-hand account through media that our children know so well: pictures and movies. The students were awestruck as they watched a motorcycle traverse a rickety wooden bridge that people in this part of India construct during the dry season and dismantle in the rainy season so the floods won’t destroy it. What a great way for children to understand how people live according to the rising tides in this part of the world! A photograph of a town’s collection of deity statues ranging from Ganesh to Jesus Christ accompanied Salopek’s explicating the fluidity of religious beliefs and customs.

The technology available in today’s world enables us to make the stories our students hear all the more vivid and perhaps excite them to pursue their own experiences. As fourth grade teacher Ms. Holden said, “Technology allows us to connect our students to the world. Students won’t remember every lesson. But they will remember Hanging Out in Myanmar with a National Geographic Fellow discussing the human story and climate change. The research students conducted to prepare for our session had a real purpose and all of our work is growing their Explorer’s Mindset.”

On Tuesday, I met with six fourth graders and heard their views on the class. In impressively mature language, they described how speaking with Paul Salopek and seeing his pictures and video made the story come alive. Andres and Aditi compared Salopek’s storytelling to painting a beautiful picture and giving his audience small pieces of information that they could then combine. According to the students, Salopek was able to do this because he had actually seen what he described, and as a result, he “makes you want to zoom in on the small details and really see everything.” Lyla said that Salopek “allowed us to see his story in more depth and the way he sees it,” as opposed to someone else’s version. Bea clarified that his slow pace enabled people to process and “hear what is actually going on.” Ila analogized the way that Salopek told the story to providing people with a puzzle that they could then assemble; in the process, he made what was common and possibly not very interesting into something extremely compelling. Phoebe also pointed out that Salopek’s singular focus on the story he’s telling offered his “readers” and listeners a chance to avoid all the usual distractions in our world and really hone in on what he’s teaching us. All the students portrayed his presentation as both informative and inspiring and it made people care about the environment.

We can hope that in hearing Salopek’s story, our students became energized by the possibility of exploring the world, seeing different places, and meeting new people. Perhaps these Cobras also learned at a deeper level how the world is changing and how much they have in common with their fellow human beings, regardless of where they live. Finally, they may now appreciate even more the value in a good story and how much it can change the world for the storyteller and the listener.