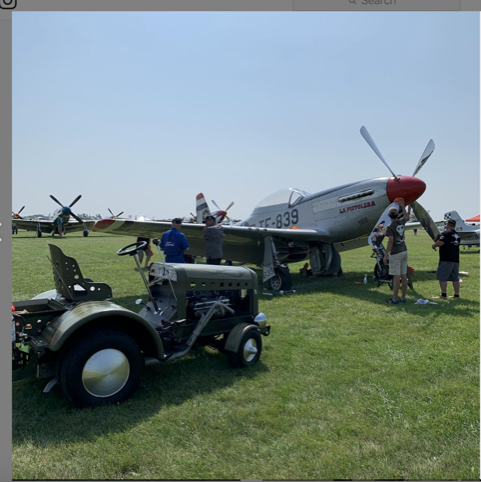 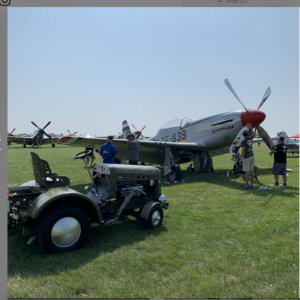 He began his job at Lewis Energy working in the commercial airplane hangar, reports his mother, Courtney. From there, he quickly gravitated to the “Warbird” hangar where the founder and CEO of Lewis Energy, Rod Lewis, keeps his vintage airplanes:  P-51 Mustang, P-47 Thunderbolt, P-38 Lightening, F4U Corsair, and a deHaviland Mosquito.

Ethan cleaned planes, worked on their upkeep and assisted with routine maintenance, so coming home at the end of the day hot and greasy were great days.

Best of all, was asked to join the team traveling to the 2019 EAA AirVenture in Oshkosh, Wisconsin, with the P-51 Mustang and deHaviland Mosquito. As an added bonus, the deHaviland Mosquito won the Grand Champion: World War II award from EAA. If you go to the Lewis Air Legends website, you can catch of a glimpse of Ethan riding on the tug pulling the deHaviland. It starts at 0:46 of the video.