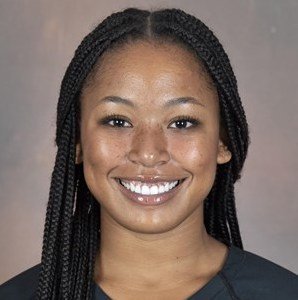 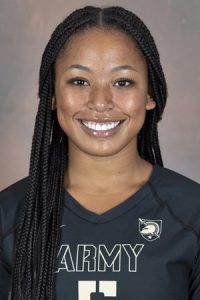 Congratulations to Isabella Sullivan ’20, named as one of West Point’s two scholar-athletes for November.

The announcement describes international history major with honors and setter on the volleyball team as “a consistently high-performing student” and “a major contributor to the team’s offensive efforts.”

Already, she’s compiling an impressive list of accomplishments. With a current cumulative GPA of 3.76, she has made the Dean’s List every semester. She has served as a research intern with the New War Research Consortium, where she has focused her work on extremism in the military, and has additionally done research with the US Army War College, assisting with counterinsurgency and creating a case study on Mozambique.

On the volleyball court, she excelled on defense in November, racking up 18 digs to go along with her 24 assists and three aces during a home game against Loyola Maryland.

Sullivan was the team’s academic team captain this past semester and organized study hall and tutor sessions to help her teammates in the core curriculum classes.

Her leadership extends far beyond the volleyball court, as she created and proposed a cultural competency training program during her plebe year that was ultimately adopted into Cadet Basic Training for the Class of 2025.

Alma Kovaci-Lee, Head Volleyball Coach: “Isabella is a great teammate, selfless and has great work ethic. She is willing to play any role needed to help the team.”