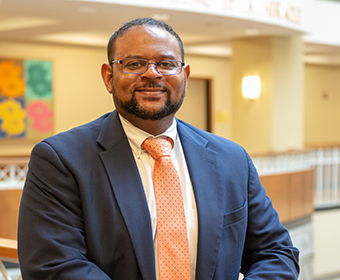 Keystone parent Floyd L. Wormley Jr. has been named a fellow of the American Association for the Advancement of Science. His election by his peers recognizes his “distinguished contributions to the field of medical mycology, immunology and host-pathogen interactions.”

He was formally inducted a few weeks ago at the association’s annual meeting in Washington, D.C.

On the Keystone campus, he’s perhaps better known as the dad of fifth-grader Zacharias and third-grader Faith, and the husband of Zina Wormley, the school’s director of admissions and financial aid.

Dr. Wormley is a microbiologist by training, and he’s a professor at the University of Texas at San Antonio’s College of Sciences. His research in infectious disease could lead to new vaccines and treatments in the future.

The American Association for the Advancement of Science is the world’s largest general scientific society.

Here’s a press release from UTSA about his accolade.