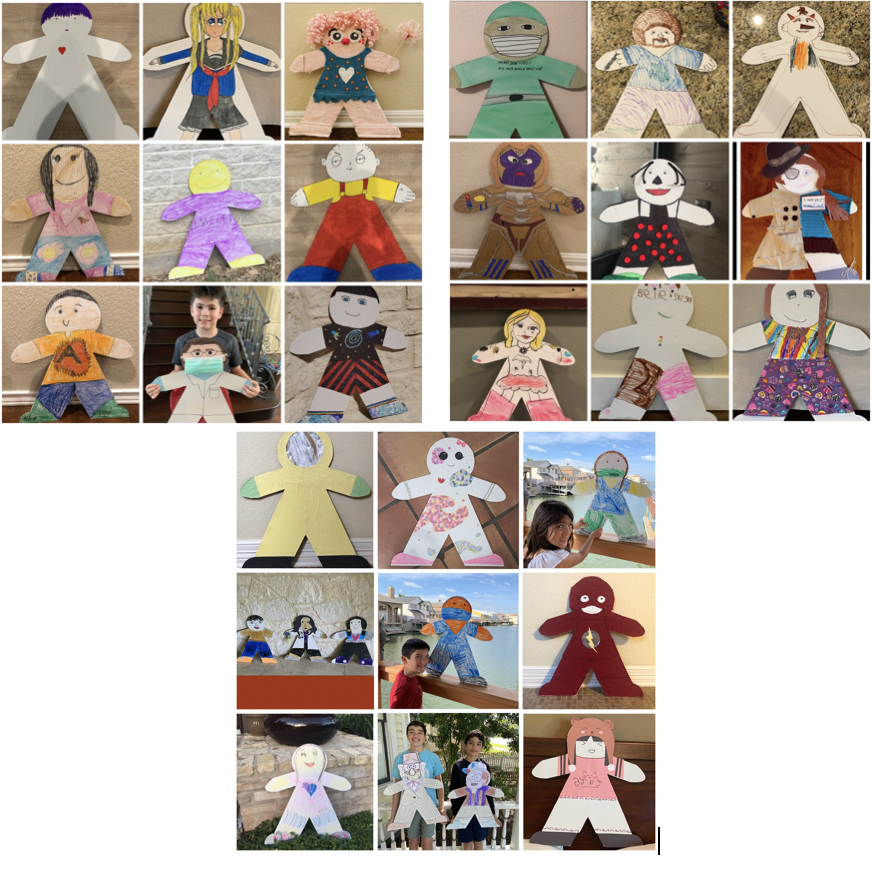 Keystone students came through in an inspiring way this week, offering 30 different works of art as part of Cardboard Kids, a city-wide public awareness campaign to draw attention to the pervasiveness of child abuse.

This year, the school was on track to have more than 300 cardboard figures mounted on fences surrounding campus, but remote learning cancelled that idea. Students received blank cardboard figures when their parents picked up locker contents earlier this month, and many of them decided to decorate the figures at home and email photographs to the school.

The campaign began in 2014 with the nonprofit organization ChildSafe. The following year, Keystone began participating in it, and it grew from 22 in the first year to some 350 cardboard figures over the course of the school year.

The figures were revealed on Thursday, April 2. Instead of going on school fences, they’re up in front of the students’ homes throughout the city and on Keystone’s social media and website with the hashtag #cardboardkidsSA.

Check out a slideshow of the photos below.