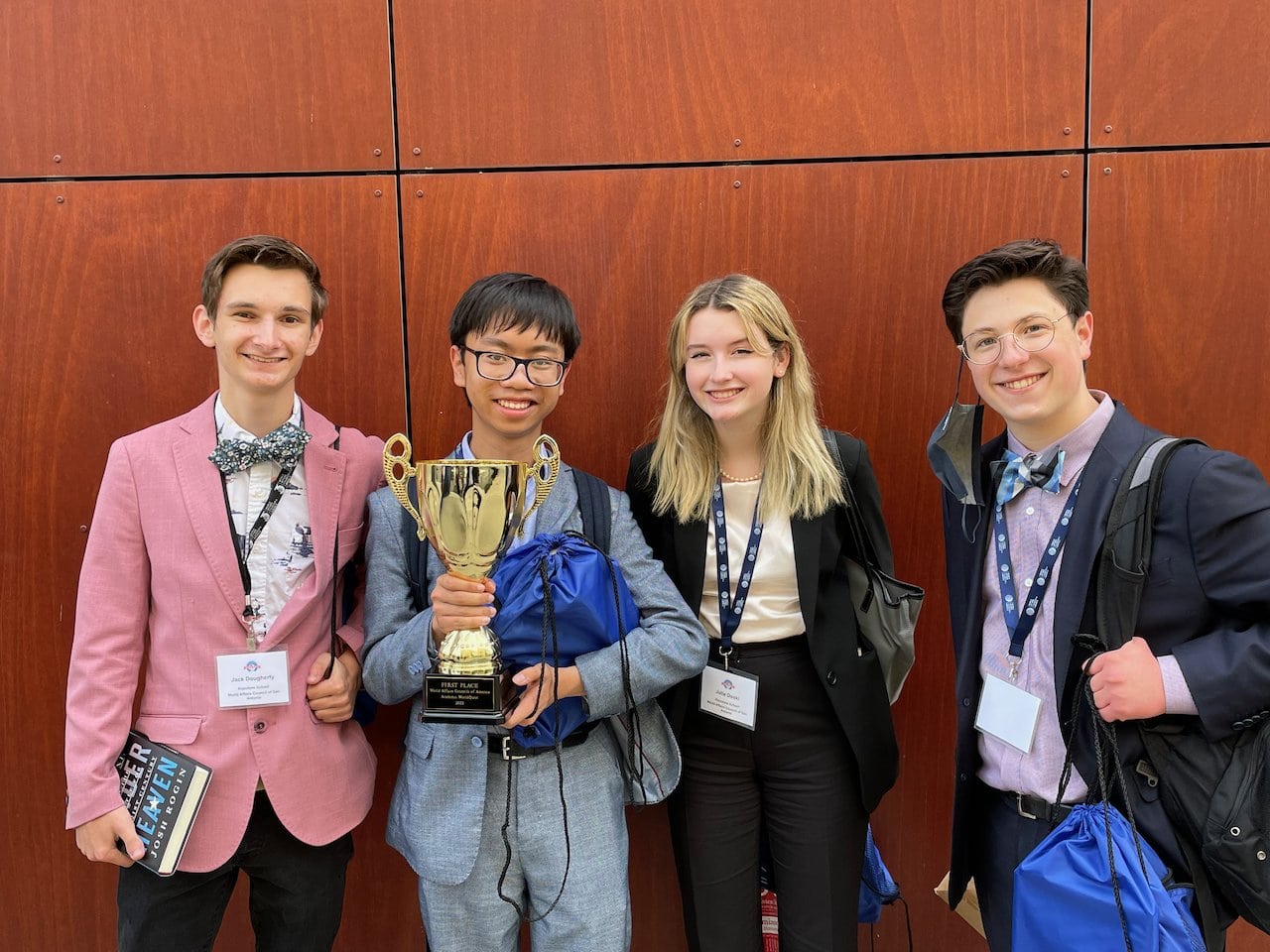 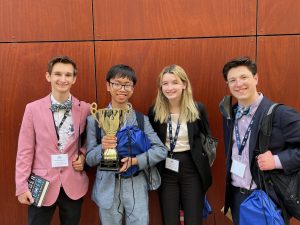 Keystone has placed first in the nation in the Carlos and Malú Alvarez Academic WorldQuest National Competition, a grueling test of students’ knowledge of international relations, current events and foreign policy issues.

Keystone’s team – 12th grader Jack, 11th graders Andy and Lorenzo, and 9th grader Julia – scored a combined 87 out of a possible 99 points to take the top spot. The competition requires strong knowledge of international issues and adept analytical skills to make inferences and draw conclusions based on that knowledge.

“We are extremely proud of Jack, Andy, Lorenzo, and Julia for their hard work and their national championship,” said Mr. Handmaker. “More than ever, global affairs demand young people who understand international issues and are able to analyze current events; we feel confident that these four students will apply what they have learned toward making the world a better place.”

Texas Public Radio reported a story about Keystone’s team. Check it out here.

The competition format asks students 10 questions in 10 topic areas. This year’s topics were:

“The amount of discipline and focus that these students showed over the 6 months of preparation was just outstanding,” said team sponsor and Upper School Head Bill Spedding. “They embraced the process, really thrived under Jack’s leadership, and became great friends along the way.

Academic WorldQuest is the flagship education program of the World Affairs Councils of America. The national competition returned to Washington, D.C., after a year of moving to a virtual format due to the pandemic.