Make it 11 years in a row for Keystone’s dominance in Academic World Quest. 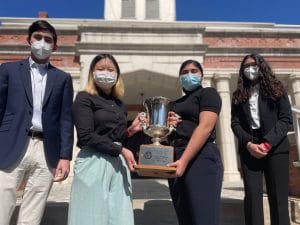 Our students also won a local lunch with two former US ambassadors to learn more about careers in foreign service.

Note: This post corrected the number of years that Keystone has won the regional competition