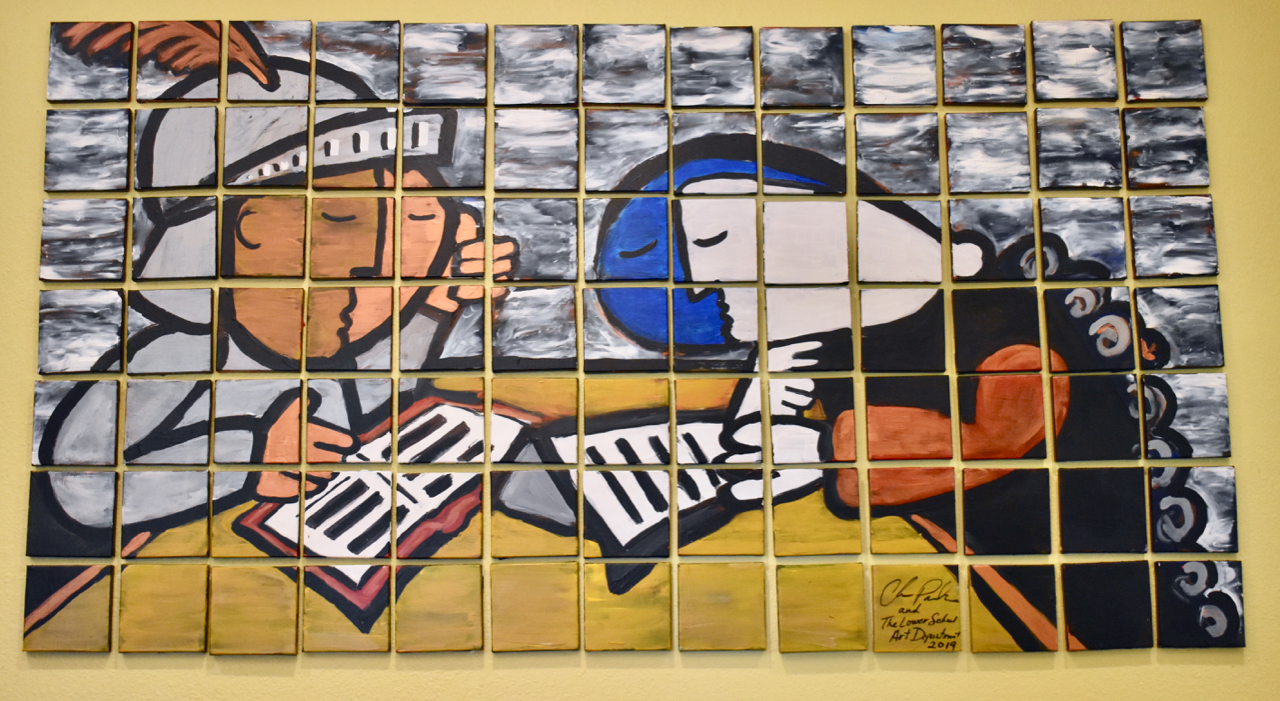 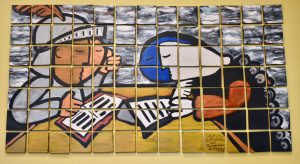 If you haven’t seen the new mural in the Lower School Library, make sure to check it out.

Here’s the story behind it:

Art teacher Mr. Parker wanted to produce a work that would hang permanently and became inspired from a unit he was teaching on Picasso and the second-grade assignment to produce a self-portrait.

He decided to include a tribute to Dev, a third-grader who has been battling health issues but stays dedicated to his schoolwork, even participating in class remotely.

The young man wearing a suit of armor symbolizes Dev and he’s giving a thumbs-up to say he’s OK.

Mr. Parker began the project with cubist overtones after Spring Break last year, and nearly every Lower School student helped on it in some way.

The mosaic mural was finished in time for the end of school and closing ceremonies. It’s a tribute to a courageous young man and work of many students that will shine at Keystone for many years to come.