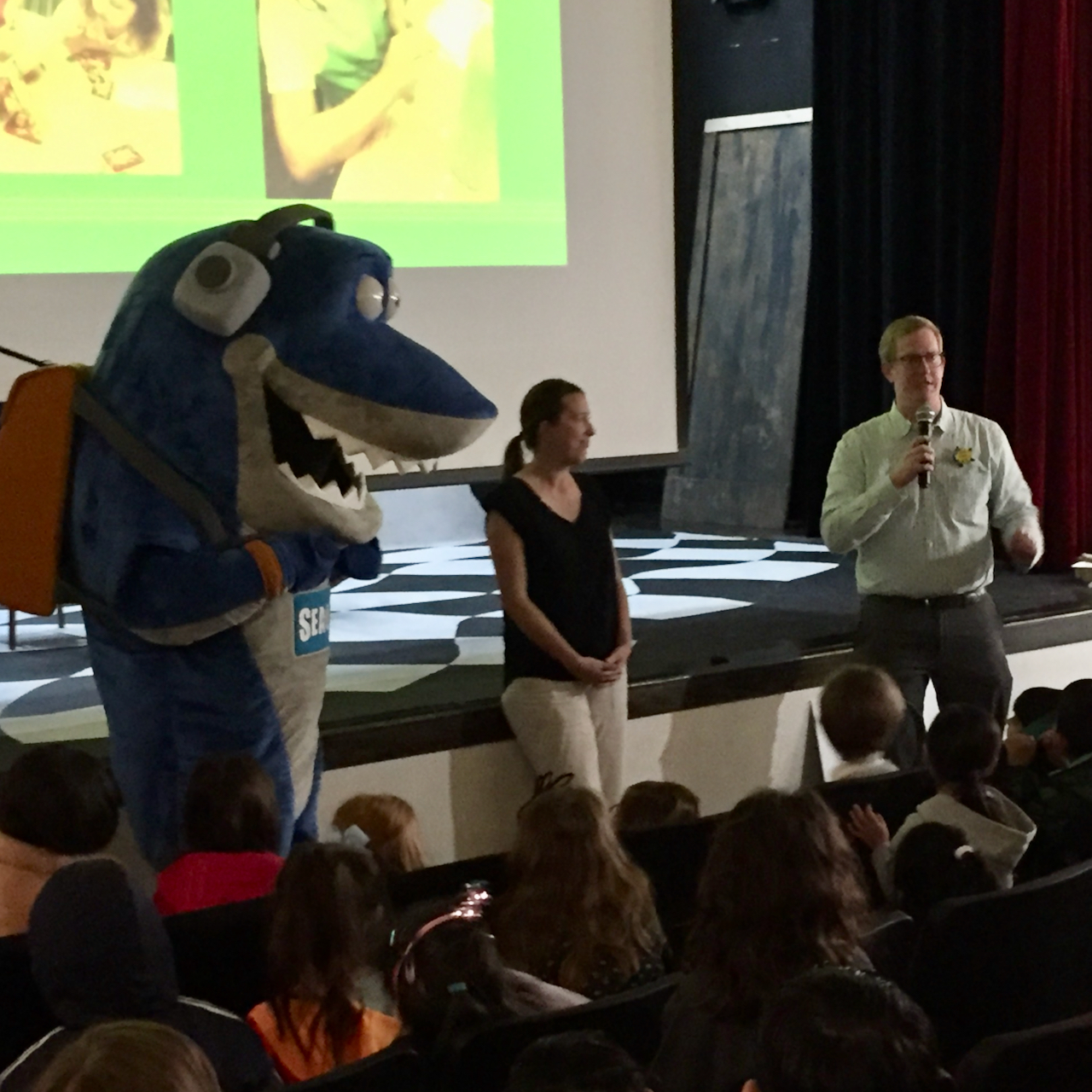 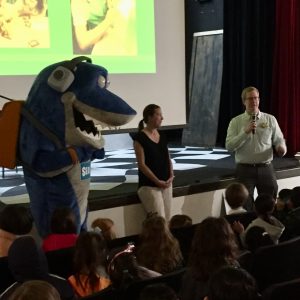 Congratulations to Mrs. Holden for her most recent award.

She was named Texas Science Teacher of the Year by the soon-to-open Sea Life Aquarium. She’s one of five educators in Texas to receive the award and the only one in San Antonio.

She received the award during Lower School Assembly in a presentation that included an appearance from Sharkey, the Sea Life mascot. Sea Life gave her a lifetime pass to both the Sea Life aquarium in San Antonio and the location in Grapevine, between Dallas and Fort Worth. She will also receive a special behind the scenes tour of the aquarium before its grand opening. 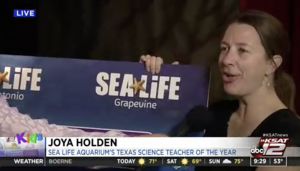 To make this even better, she was the subject of a story on KSAT-TV, which sent a team to talk with Mrs. Holden about her award. Check out the story here.