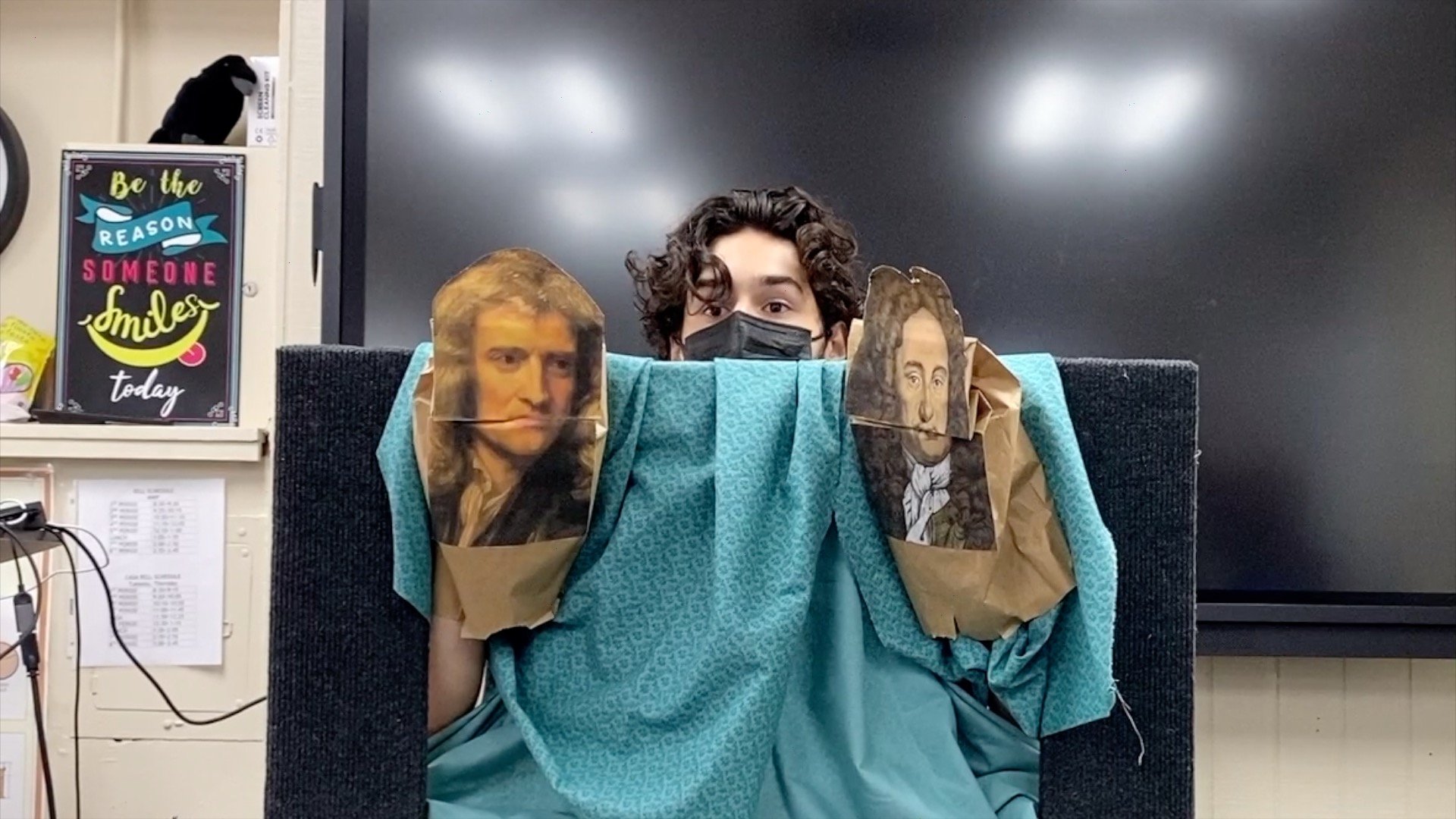 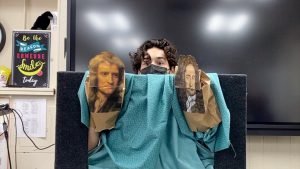 Talk about a clever way to approach a research paper!

Senior Sebastián focused his project for Mrs. Preston’s class on the controversy between Isaac Newton and Gottfried Wilhelm Leibniz over who discovered calculus.

He decided to present his findings in the form of a puppet show depicting and summarizing the dispute.

If you don’t remember, totally forgot about this or missed this in school, Leibniz published a paper on calculus first, but Newton wrote a paper first and published after Leibniz. The Royal Society in England conducted an investigation (directed by Newton) that claimed to settle the matter in Newton’s favor. The general scholarly consensus holds that both men independently discovered calculus.