One of the main ingredients in Keystone’s secret sauce: student/teacher bonding 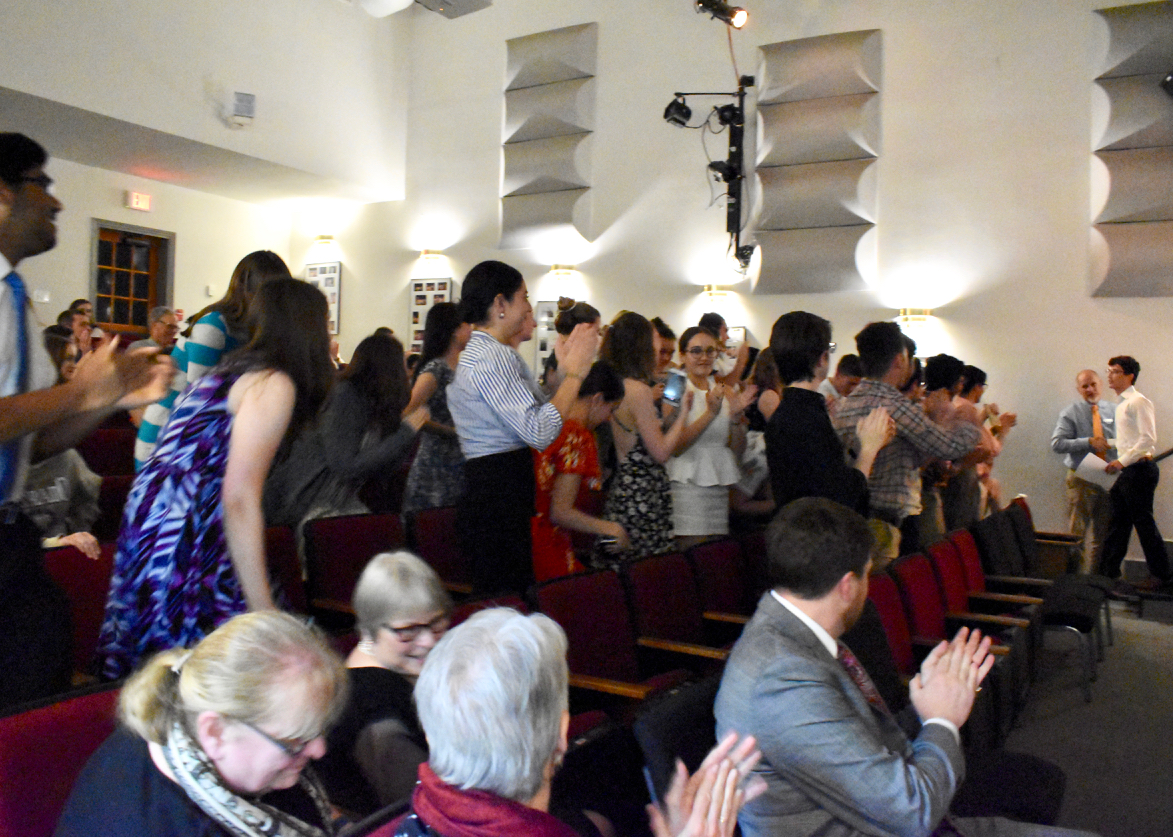 One of the main ingredients in Keystone’s secret sauce: student/teacher bonding

“I get by with a little help from my friends.”
–John Lennon and Paul McCartney

Describing the speech as moving would be an understatement. Two Friday nights ago, eighth and twelfth grade students, teachers, and the juniors who were helping serve dinner gathered in the theater to hear senior Jacob reflect on his time at Keystone and offer advice to the incoming high school students. Jacob, who was chosen by his classmates to give the address, reflected on how squirrely he was as a middle school student, but how he grew up during high school. Although parts of his talk were humorous, the overall message stressed the importance of friendships that the younger students would develop during their time in high school. He urged the middle school students to study, but to also find time to hang out with friends, to support one another, to be there for each other; and to revel in their shared experiences, whether they were laughing or crying together. When he finished, everyone rose to their feet for a well-deserved standing ovation. 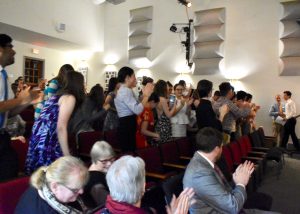 Next came a touching video created by senior Carlo filled with pictures of the twelfth graders over their time at Keystone; then we all headed to the gym for amazing Indian food and collegial conversation. Following our meal, math teacher Sean Lindsay, who was chosen by the students to speak, provided remarks that were funny and powerful. Perhaps the most poignant moment came when Mr. Lindsay’s voice faltered while describing the students growing up; at that moment, many in the room were also close to tears, and you could not help but be moved. The closeness of the people in the room felt palpable, and it was beautiful to behold.

The next day, Keystone Director of Development Adriana Villafranca and I flew to San Francisco to spend two days with alumni in the Bay Area. Over our time there, Adriana and I met with former Cobras in Palo Alto, San Francisco, and Davis. We had coffee with employees at Dropbox and jazz pianists, we chatted with entrepreneurs and high school teachers, and we met with attorneys and designers of undersea robots (yes, you read that correctly.) All of these fascinating people attended school at 119 East Craig, and they credited Keystone with helping them on their path to success. In particular, they discussed the way that teachers both challenged and supported them to exceed their own expectations, and the manner in which peers were there for one another. As one person pointed out, when you look at the amazing things that Keystone alumni are doing, it’s pretty incredible that they all came from one relatively small school in San Antonio.

So, as one person asked, “what’s in the secret sauce of Keystone?” Perhaps it’s the size that allows teachers and students to know one another so well. It could be the peer culture of high expectations in a mostly non-competitive atmosphere. Maybe it’s the diversity of the community that enables each individual to grow and learn from people who are similar to one another and different from each other. One person described Keystone as a hothouse where children become fascinating young adults.

Based on what I saw over that weekend starting with the dinner on Friday night, I would also include the quality of the relationships between students and teachers and among students. As we know, all too many schools can resemble “Lord of the Flies” where children tear down one another in a zero-sum game. There’s no realization that students can boost each other collectively and all can benefit when each person succeeds individually. Again and again, research has shown that when children, no matter the age, are in relationship with adults and with peers, they connect with the material they are studying in a profound way. As a result, they grow, they learn, and they enjoy the process.

We should all encourage our Cobras to study hard, prepare thoroughly, and do well. After all, academic excellence is one of our core values. However, we should also prod them to develop long and lasting friendships, to give time to their schoolmates, to go meet with a teacher, and to never take those relationships for granted. Long after the memory of a specific classroom lesson will fade, the afterglow of a talk with a beloved teacher or the memories of a shared laugh with a classmate will remain.