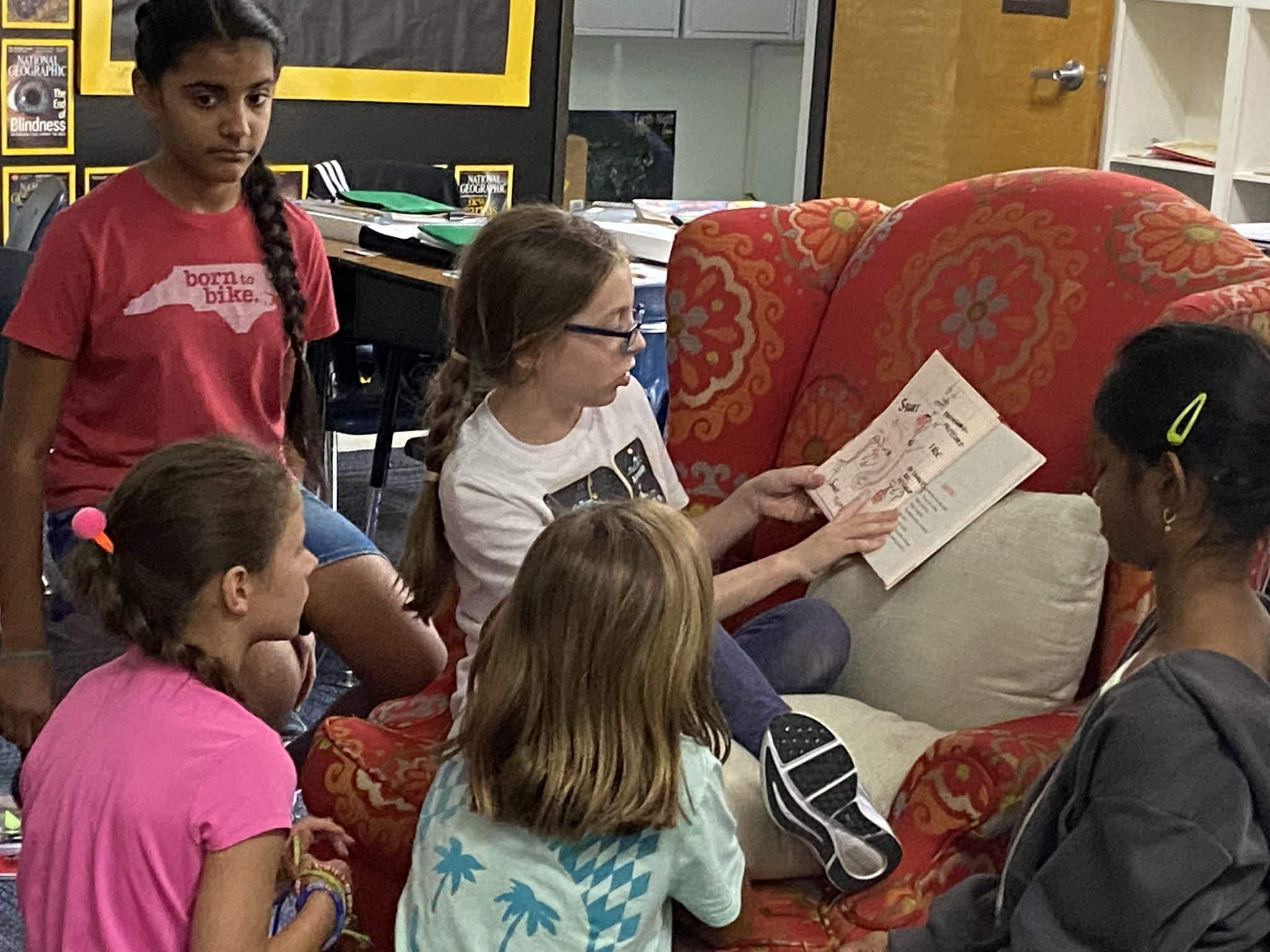 She read books as one would breathe air, to fill up and live.”
–Annie Dillard 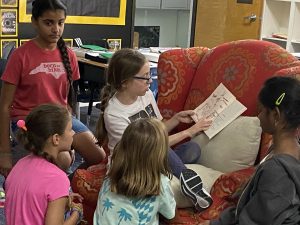 Walking around campus during the day offers many “picture perfect” outdoor moments. On the main campus, upper schoolers debate a topic from class while lower school children use chalk on the sidewalk to measure distance; middle schoolers conduct science experiments while at the Little School, students make discoveries in the classroom and on their playground. On any day, both campuses hum with activity as children grow intellectually, physically, and socially.

One of the treats that occurs daily at Keystone is observing students reading outside. No matter the weather, and we all know it can be beastly hot here in South Texas, children and young adults can be found with their nose in a book, seemingly oblivious to all that is occurring around them.

I thought about our students earlier this summer while viewing a wonderful photo essay in the New York Times called “For Instant Happiness, Grab a Book and Head Outside.” This article featured photographs of people all over the country reading outdoors. Sometimes, they were sprawled on the grass in a park; other times, people were perched on a bench or front stoop. All the pictures, though, showed avid readers completely absorbed in whatever they are reading. As a bibliophile who also loves being outside, I smile every time I look at the photographs and I have shared the piece repeatedly with friends and family. 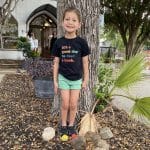 One quality I appreciate and admire about Keystone students is their avid reading whether inside or out. From an early age, Cobras delve into age appropriate books that challenge them and take them to other places. As our students grow and with the help of excellent teaching, they further a passion for reading while also learning how to analyze and evaluate texts.

In just the first week of school, I heard seniors share their thoughts on the stylistic elements in Maggie O’Farrell’s beautiful novel about William Shakespeare “Hamnet.” Some students described how they literally began to cry as they read the book on an airplane and the surprised looks they received from the passenger in the seat next to them. In another class, juniors pointed out how Truman Capote envelops the reader and demonstrates the process of discovery in his seminal work of narrative nonfiction “In Cold Blood.” Students expressed their opinions on the books and showed a level of sophistication in their analysis that would please a college professor.

At our Cobra Cookout a couple of weeks ago, I narrowly avoided stumbling over a middle school student seated on the concrete and engrossed in a work of fantasy while all around him adults visited with each other and children played. His ability to focus and the way the book transported him to another world were a sight to behold.

And just last week, a fourth grader shared her love for the “Rosie Revere, Engineer” book with her classmates. She excitedly described the way the story discusses women taking on traditional male roles during WWII and how empowered they were at that time. Perhaps one of the most endearing comments came when she offered to lend the book to others who wished to read it so her classmates could enjoy it as much as she did.

Beyond the thrill of a great story, what does reading do for us? Study after study has shown that being a good reader enables a person to become a good writer. In his excellent book called “On Writing,” author Stephen King advises, “If you want to be a writer, you must do two things above all others: read a lot and write a lot. Read widely, and constantly work to refine and redefine your own work as you do so.” Reading a variety of texts exposes children to different ways to communicate via the written word. They become more articulate, more fluent, and more creative as they try on different styles of writing.

In addition, studies have shown that reading can teach us empathy (one of the five values in Keystone’s new Cobra Code.) As the British author Malorie Blackman explains, “Reading is an exercise in empathy: an exercise in walking in someone else’s shoes for a while.” Whether they are reading a novel or a work of history, students imagine themselves in the place of the protagonist and wrestle with that character’s decisions. As readers process those fictional or historical struggles, they see themselves and their world anew.

Because we can learn so much about so many topics through reading, it may seem obvious to say that it’s intellectually elevating. We discover more about our world, and all its wonders through the written word, and reading allows us to move to a higher plane than we were previously.

In addition to all of these benefits, reading provides an escape and allows us to be transported to another time and place. Perhaps that is one of the reasons so many Keystone students can be seen carrying a Harry Potter book or the latest from Rick Riordan. Sometimes, we want to flee the here and now for just a while and go to another place. George RR Martin, author of the Games of Thrones series says it beautifully, “A reader lives a thousand lives before he dies… The man who never reads lives only one.

Whether they are seated in their favorite chair, lying in bed, or stretched on the lawn, let’s encourage our Cobras to grab a book, discover an entirely new world, and savor the beauty of a well-written story. This may be one of the best gifts we can give them.