Remember, the book is usually better than the movie 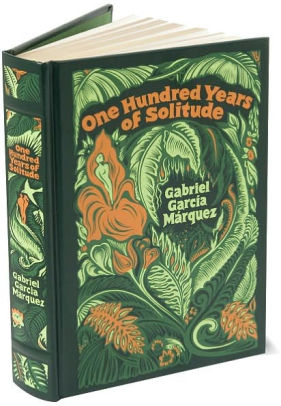 Remember, the book is usually better than the movie

“Many years later, as he faced the firing squad, Colonel Aureliano Buendia was to remember that distant afternoon when his father took him to discover ice.”
–One Hundred Years of Solitude, Gabriel García Márquez

“If you had a ranch, what would you name it?” my wife asked me as we roamed the Hill Country in search of Texas wildflowers. I thought for a moment and answered, “Macondo,” the name of the mythical country in Nobel Laureate Gabriel García Márquez’s masterpiece “One Hundred Years of Solitude.” I started the book late one Friday afternoon, read through the night instead of sleeping, and finished it the next morning. When my now wife and I began dating a couple of years later, I recommended “One Hundred Years of Solitude” and it quickly became one of our literary favorites.

As you may have heard, there’s a storm brewing over Netflix’s plan to adapt this book into a series. There are some people who feel that bringing this beloved novel to the screen is long overdue: others believe that the structure of the book and the vividness of the imagery prevent any adaptation from being successful. There have been a number of articles in the press, including a recent Op-Ed piece in the New York Times called “‘One Hundred Years of Solitude in the Time of Netflix.” 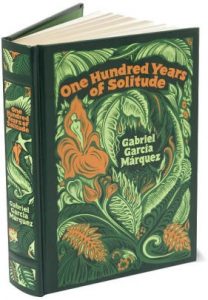 While some of the issues for this novel may be exceptional due to its magical realist style of storytelling, the argument over whether or how to adapt a work of literature to the screen is nothing new. Think about how often people say, “well, the book was so much better!’  Whether it’s a childhood favorite like “The Grinch Who Stole Christmas” or a popular romantic comedy like “Crazy Rich Asians,” people who have read the book hold their breath and hope that their favorite piece of literature won’t be ruined. They expect a movie to adhere slavishly to the book, and filmmakers beware the wrath of an irate reader who feels betrayed. I recall speaking with a seventh grader earlier this year when a book she loved, “The Hate You Give,” was being made into a movie. Fortunately, from her perspective, the movie did not deviate too far from the book; if it had, she would have been very disappointed.

It can seem impossible to turn a novel with a great deal of interior dialogue into a movie that requires interpersonal conversation. The details available in a book might require the movie to go far beyond what audiences can endure. Breaking a one book thriller into a series of movies can deflate the propulsive momentum of the plot. Many years ago when he was little, our older son was so angry with one of the Harry Potter movies that he stood up during the closing credits, turned around to face the audience, and pleaded with everyone to please read the book so they could get the full story.

This not to say that all translations are inadequate. While some may disagree, I would argue that “The Godfather” movie is every bit as good as the book; my eyes teared up just as much at the ending of the film “A River Runs Through It” as they did when I finished the book.  Kenneth Branagh’s cinematic “Henry V” and Baz Luhrmann’s “Romeo and Juliet” set in a gang-infested post-modern city that feels like a cross between 1980s Miami and Los Angeles brought Shakespeare to new and younger audiences, and for that, we should be thankful.

My wife and I recently attended a lecture by Pulitzer Prize-winning historian Doris Kearns Goodwin at Trinity University. In the question and answer session, she described her joy in working with Daniel Day Lewis as he prepared for his Academy Award performance as Abraham Lincoln in the movie “Lincoln,’ part of which was based on Kearns Goodwin’s book “Team of Rivals:The Political Genius of Abraham Lincoln.” As much as we can hope that everyone would read this amazing book, we can take solace that Steven Spielberg’s movie introduced millions of people to a more accurate rendering of the sixteenth President than they had before. Similarly, not everyone will pick up Ron Chernow’s outstanding biography of Alexander Hamilton, but they will spend an evening watching Lin-Manuel Miranda’s Tony winning play.

So, what do we tell our children when they hear that one of their most cherished stories will be coming to television or the silver screen and they have trepidation?  We explain that books and movies are in fact different media, their portrayal of a story or a character will differ, and that’s all right. We can appreciate each rendition of the tale on its own merits, and recognize that in every case, the medium will shape the message. Books and movies don’t have to be the same, and in reality, they should not attempt to be. We can also encourage our children to experience the story in the way it was first developed. If it was a book originally, they should read it first. If it’s a movie or series then turned into a book, they should watch it initially. Then they can look at someone else’s interpretation and judge the merits of the translation for themselves. If they approach stories in this way, they can enjoy the same tale many times over.