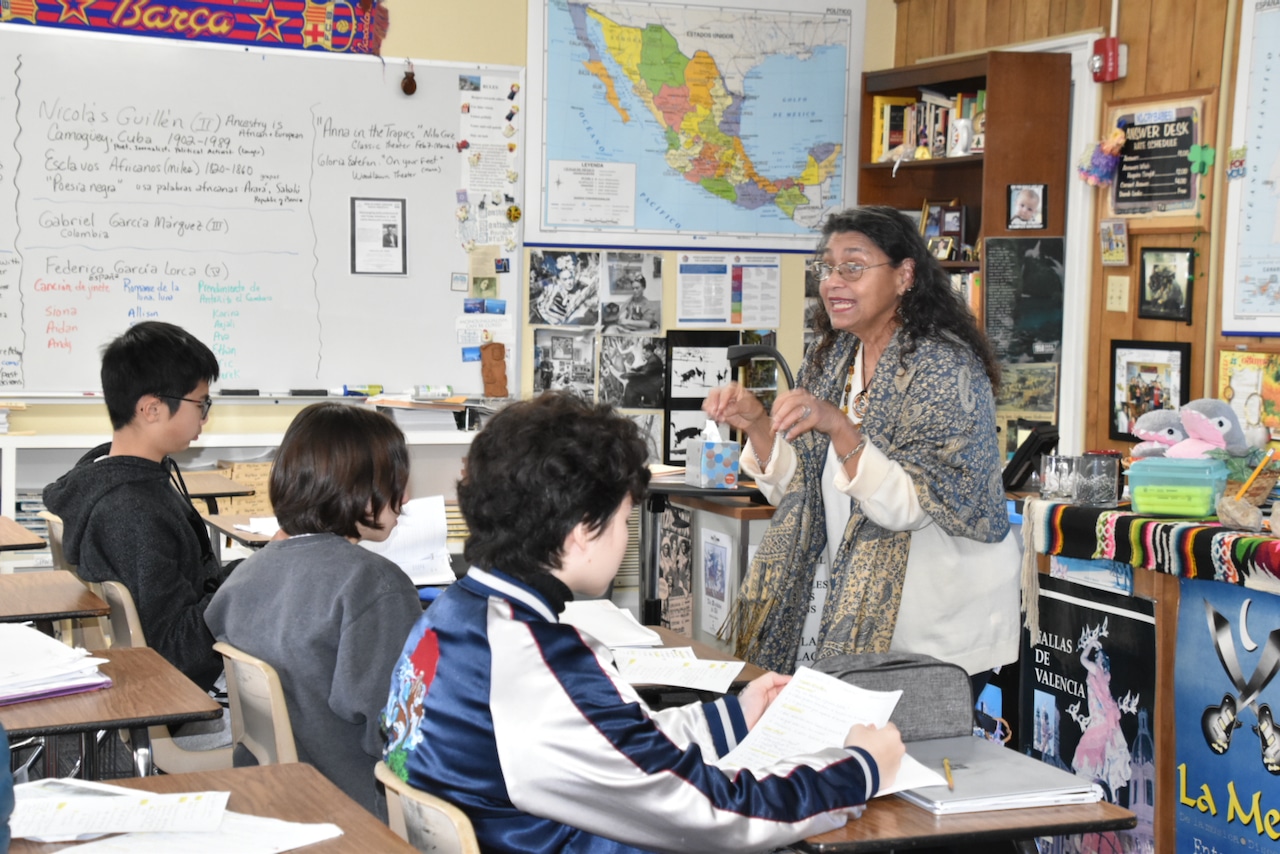 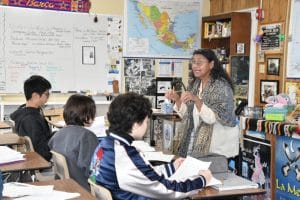 Students in Mrs. Boryczka’s Spanish 2 class are studying the Afro-Cuban poet Nicolás Guillén, known as Cuba’s national poet and one of his most important works, “La Muralla.” (The Wall).

To make this wall,
bring me all the hands
The black, their black hands
The white, their white hands

Guillén, whose ancestry was African and European, was a poet, journalist and political activist who was exiled by the dictator Fulgencio Batista and later welcomed home by Fidel Castro. His work, which aims to create a synthesis of African and European cultural elements, was considered perhaps the best-known representative of poesía negra, or black poetry. 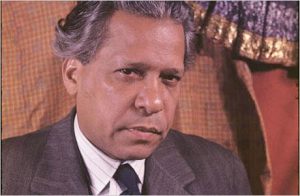 “How fortunate it is that we are reading this poem during Black History Month,” Sra. Boryczka told her students in Spanish.

After students read the poem aloud, they saw a video of the poem turned into a song and performed by Spanish singer Ana Belén, before breaking up into groups to discuss the poem.