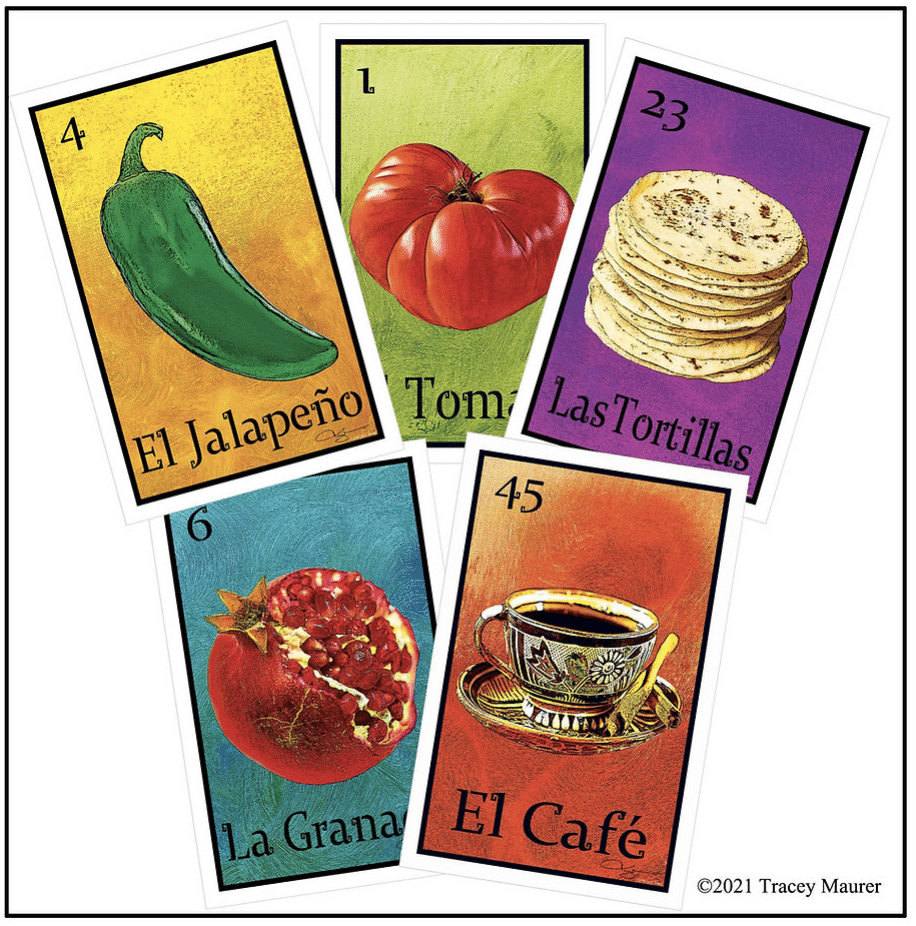 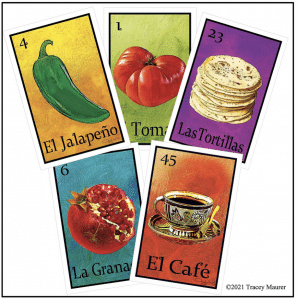 Of course, the game of lotería has been around for generations and is a favorite in Mexico, and recently Señora Greenfield ’s Spanish 1 class got to meet with with photographer Tracey Maurer, writer and creator of Lotería de Comida.

This version is a take on the classic bingo-like game that features San Antonio and Mexican cooking. The images for this game began as a series of large canvas art images, that Maurer created from some of her food photographs. Now the game includes a deck of 54 playing cards, 10 tablets, and 54 poems (versos) and games in English and Spanish. 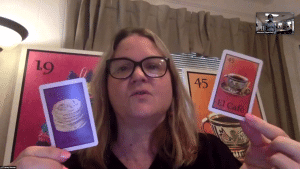 Before meeting with Ms. Maurer, students played the game in class to share with her their thoughts. It was a success. They enjoyed the bright colors and familiar foods. Several never heard of certain foods and items, which added to its educational value. Señora Greenfield notes that Ms. Maurer is putting together an expansion pack for the game, and relying on feedback from our students to help her in this project.