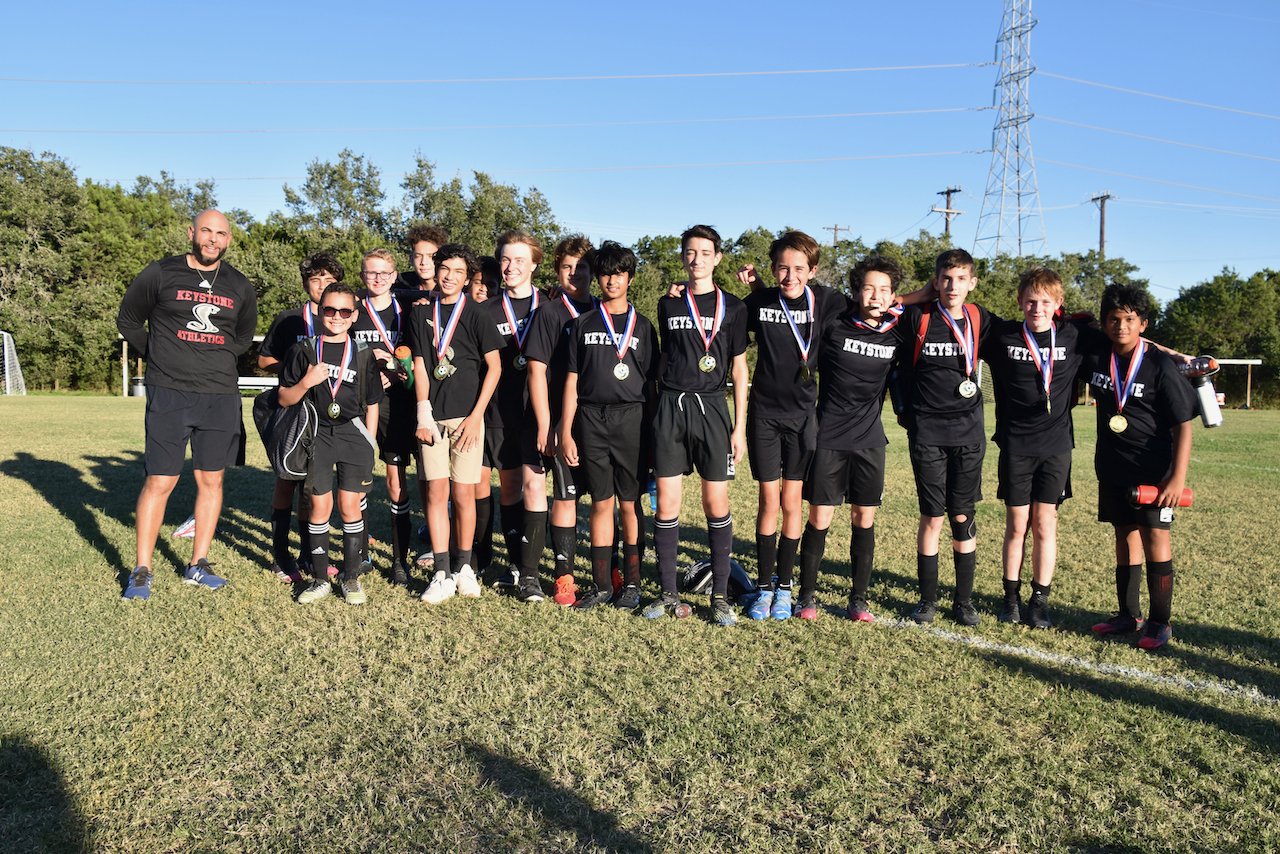 Excellence: the quality of being outstanding or extremely good

“Today has been a good day.” I heard parents, coaches, and students say this again and again last Thursday night after our Cobras earned accolades in volleyball and soccer. The 7th and 8th grade soccer team won their tournament championship and finished the season undefeated. Two hours later, the volleyball team of 8th graders and one 7th grader won their league championship. That same evening, the varsity soccer team lost in a hard fought first round game of the State Tournament, and the varsity volleyball team finished their district season as undefeated champions and will now move into postseason play. Also, the 5th/6th grade soccer team finished an undefeated season. We can all take pride in their competing at a high level and playing with sportsmanship and class.

For many decades now, Keystone’s reputation as an academic powerhouse has been undisputed. Outstanding teachers have challenged and supported students to do their best in the classroom; as a result, students have moved on to the next level of their education prepared to take on whatever has come their way. The top colleges and universities in the United States and some schools overseas have recruited Keystone students for admission and offered them outstanding scholarships.

We hear from alumni again and again how well-prepared they are for college in a variety of fields. Whether they are writing papers while their new schoolmates feel flummoxed, performing labs that stump their classmates, or engaging in high level discussions that impress their professors, Keystone alumni tell us they are more than ready for college-level work when they graduate.

In addition, former Cobras share that they are active and involved in a variety of activities and causes on their new campuses, often serving as leaders in their organizations.

However, to be candid, even though banners reflecting athletic success cover the walls of our gym, we’ve not always been known as a sports contender. At times, I have heard people explain a loss away by pointing to our strong academics as if to say that students cannot be strong in the classroom and on the courts and fields of play. This dichotomy has been proven false repeatedly in high school, college, and even in the professional leagues.

The outstanding mathematician can score a gorgeous header; the student who writes beautifully can also deliver a crushing spike in volleyball. The winning softball pitcher composes wondrous poetry, and the three-point shooter excels in engineering. As with adults, students can be talented in a multiplicity of areas. In fact, the determination that serves them so well in the classroom can propel them forward in their extracurricular pursuits.

Similarly, even with an already strong history, the Keystone school arts programs continue to develop and expand in response to demand. More and more students wish to explore the visual and performing arts while taking a heavy course load in the traditional academic courses. The Calculus student wishes to pursue her portraiture; the lover of history has a passion for acting or music. An increase in the arts does not require a diminution in other academic areas.

Sometimes, I watch our students in awe. They run from sports practice to a play rehearsal only to then head home to do homework. They do outstanding work in the classroom, compete at a high level in athletics, and demonstrate creativity and insight in the arts. On a daily basis, they show their multi-dimensional personalities, and their eclectic nature is admirable. They show that excellence is a mindset rather than a specific set of skills, and it can transfer from one arena to the next.

After last Thursday night’s successes, a parent said to me, “it feels good when a school that is known for its academics shows it can be strong in other areas also.” I couldn’t agree more. Cobras, we are proud of you! Keep up the great work!