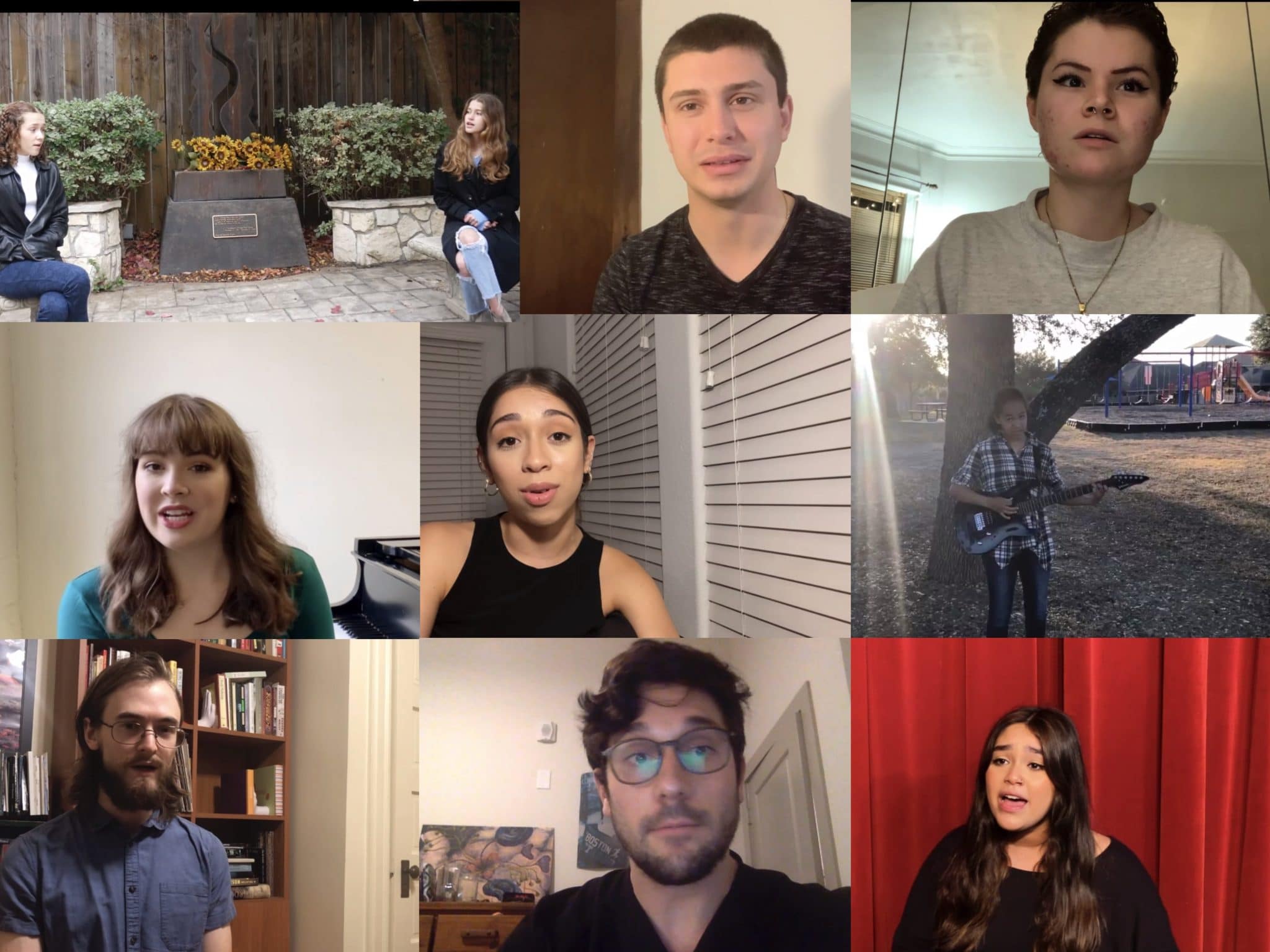 “All the world’s a stage,
And all the men and women merely players;
They have their exits and their entrances;”
–from “As You Like It” by William Shakespeare 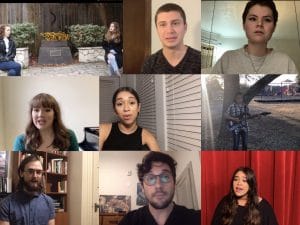 Last Friday night, Keystone teachers and students demonstrated once again that good can emerge from our pandemic-stricken world. For the first time, current students and alumni joined in a theater production called “An Evening of Shakespeare and Song.” Directed by the Arts Department Chair and Theater teacher Tony Ciaravino and Class of 2021 student and award-winning filmmaker Hashim, the film combined vignettes of present and former Keystone students performing monologues from the bard’s plays, singing pieces of music, and speaking to the role the theater program at Keystone played in their lives. The production entertained and moved us, and reaffirmed the long-last benefits of arts education.

From majoring in musical theatre or working in the arts field to studying medicine or engineering, alumni testified to the ways being in theater helped them in school and in their current endeavors. They spoke of the theater being a refuge from the pressures of a challenging academic program or a place where they could laugh, explore themselves, and discover previously hidden talents. Being in a play forced them to improvise and to problem-solve on the fly; in the course of putting together a show, they also improved their public speaking skills, and learned how to collaborate with others.

The skills and mindsets that former Cobras described coming out of their theater experiences were echoed in a Scholastic Parents Magazine piece in which fitness writer Julia Savacool points to five areas that the performing arts can help children. Initially, she explains that students who perform learn to be quick thinkers and adjust to unforeseen circumstances. “The ability to expect the unexpected — and then roll with it — will give your child confidence any time she tests new waters.” We heard this same sentiment from alumni as they recounted with some hilarity ad-hoc decisions they had to make during shows; they also described how their teachers told them to be present in the moment, and not try to replicate the exact same experience a second time since it will never be the same.

Savacool also describes the way that students in the performing arts learn to master their anxiety. As with any pressure situation that involves being in the spotlight, acting or singing requires not only practice but how to deal with opening night jitters or stage-fright. “Learning from an early age how to cope with performance jitters gives kids a leg up in those big life moments.” Keystone alumni in a variety of professions explained last Friday night how much acting in plays gave them the courage and the confidence to make speeches or present to audiences.

By its nature, theater education helps children develop empathy toward others. An actor cannot perform a role if she doesn’t immerse herself in the experiences and feelings of another person. This process of theatrical empathy may in turn enable a student to develop and process her own feelings. As Savacool makes clear, “One of the wonderful things about being in a play is that for a short period of time, you get to become someone else. For a child who struggles to talk about her feelings, there is a tremendous relief in disappearing behind a character and using it as an intermediary through which to open up.” Being someone else for a while can help children learn who they really are.

Whether a child sinks a free throw in a basketball game or nails a scene in a show, there can be few more affirming experiences than the roar of the crowd. At that moment, the player realizes that her work has paid off. In addition, though, a successful performance reaffirms the benefits of teamwork and collaboration. The cast and crew of a show work together for hours, they lean on each other, and they learn from one another. Alumni spoke to the rigors and the fun of the final tech week before a show opens and the sense of community that resulted from spending that much time together night after night. Savacool says, “But it’s more than just the ego boost from the fans — any type of performance requires teamwork to succeed.”

Lastly, from Savacool’s point of view, performing enables us to see the world anew and differently. “But simply by having been part of the performance process, your child has been exposed to a new way of thinking and doing. And that alone is a success to be proud of.” The process of putting together a production and pulling it off provides an incomparable opportunity. Perhaps one of the most beautiful parts of a play at Keystone comes in the celebration afterwards when the audience waits in the theater garden for the performers to emerge, and we then gather in the cafeteria for lemonade and cookies. The students, and the adults, beam with pride. These children have made a leap in their personal development, and you can see that they are not the same person they were a few hours earlier. They have learned a variety of new skills and mindsets, and they are better positioned to take on whatever comes their way next.

In the final piece of last week’s show, sophomores Bella and Stella performed the song “For Good” from the Broadway musical “Wicked;” the lyrics they sang so beautifully speak not only to the relationships in our lives but also to the overall benefits of being in the performing arts. All the alumni and current students could have said, based on their experiences in theater, “I’ve been changed for good.”