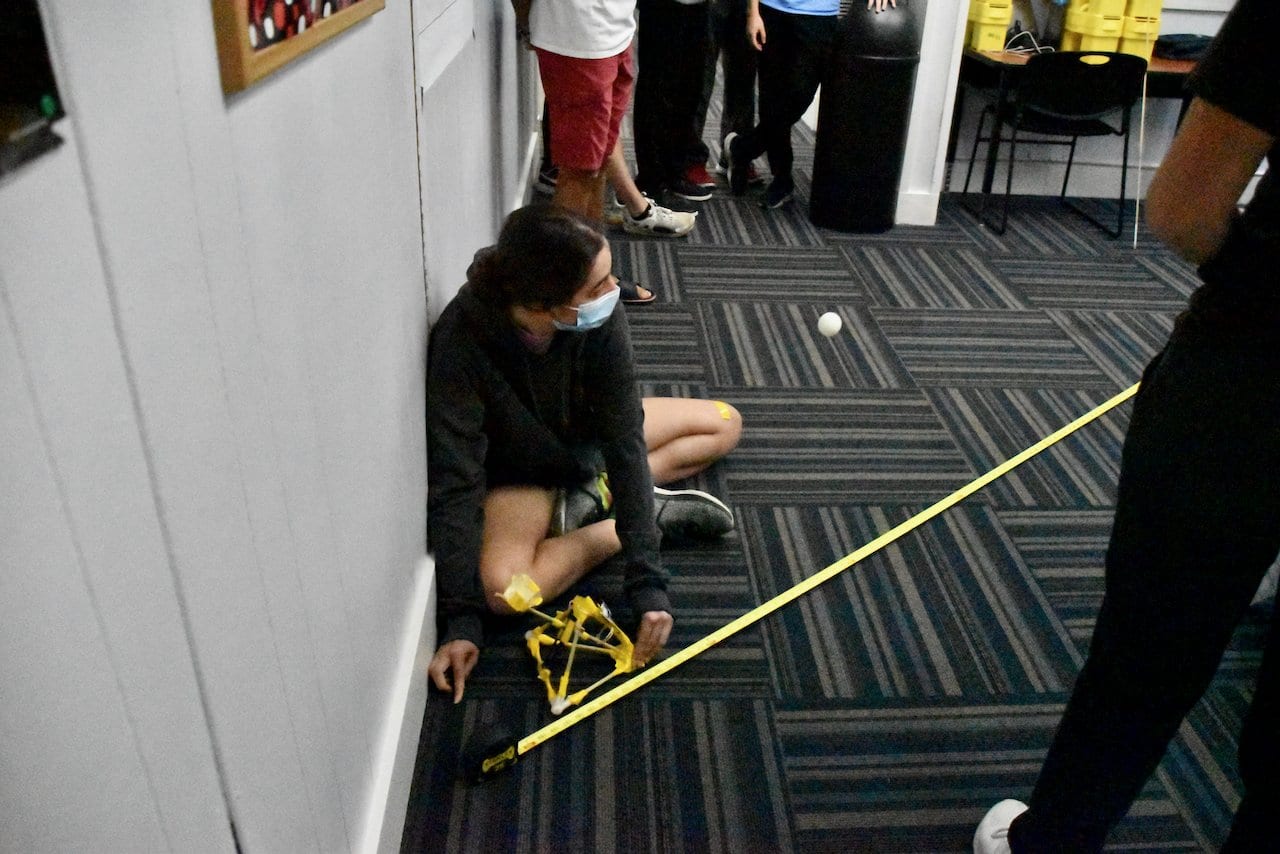 Two divisions two different lessons, each involving catapults — and a lot of fun.

In Mr. Lindsay’s 9th grade Algebra class, teams of students studying quadratic equations put those lessons in action by building their own catapults, collecting measurements and other data and then creating equations to describe how far their machines would launch a ping-pong ball. Then they tested their work on targets that Mr. Lindsay set up in North Hall.

Then in 1st and 3rd Grades, students in Mrs. Quintero’s and Mrs. Steward’s classes created catapults that launched candy pumpkins. In teams of four, they used a variety of materials such as clothes pins, tape, rubber bands, craft sticks, pipe cleaners, spoons, cups and string to make their catapults and let their creativity run free. The third graders tested the catapults on the cobra court to see how far the pumpkin could fly. Then they used a variety of objects, such as acorns, chocolate kisses, and candy corn, to test if the distance would be the same.

For the third graders, this was a STEAM challenge that developed the skills of defining engineering problems, developing possible solutions, and optimizing the design. Mrs. Steward reported that this was an annual tradition in 3rd grade that was back after a one-year hiatus due to COVID.

Maybe the third-graders will remember those catapult skills when they get to Upper School. Check out photos from the activities below: