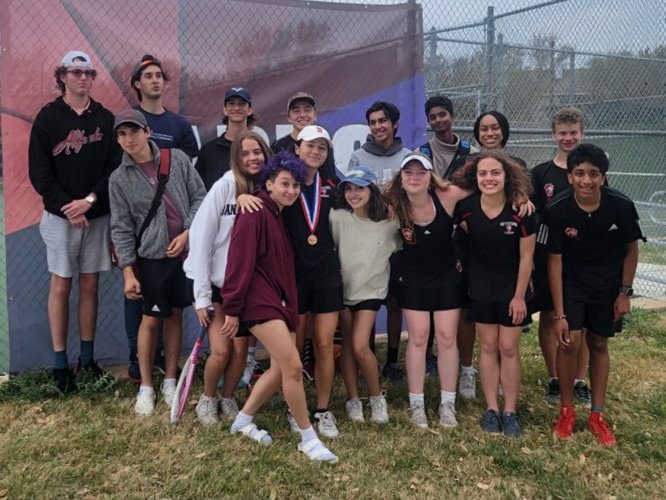 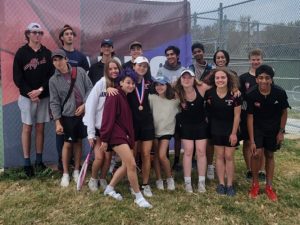 Here’s a shoutout to Keystone’s tennis team, which made a strong showing this season.

Of the 12 players who participated in the TAPPS district tournament, seven advanced to the state tournament and the girls’ team placed second overall.

At the state championship tournament, senior Ale won her first match but fell short to a tough opponent in her second match. The other players stood strong in their first-round matchups but fell against top seeds in other districts.

TAPPS introduced its very first mixed doubles tournament on the 2nd day of the championships. The mixed doubles team of Dalex and Gabe L. represented us well, reports Coach Calderon.