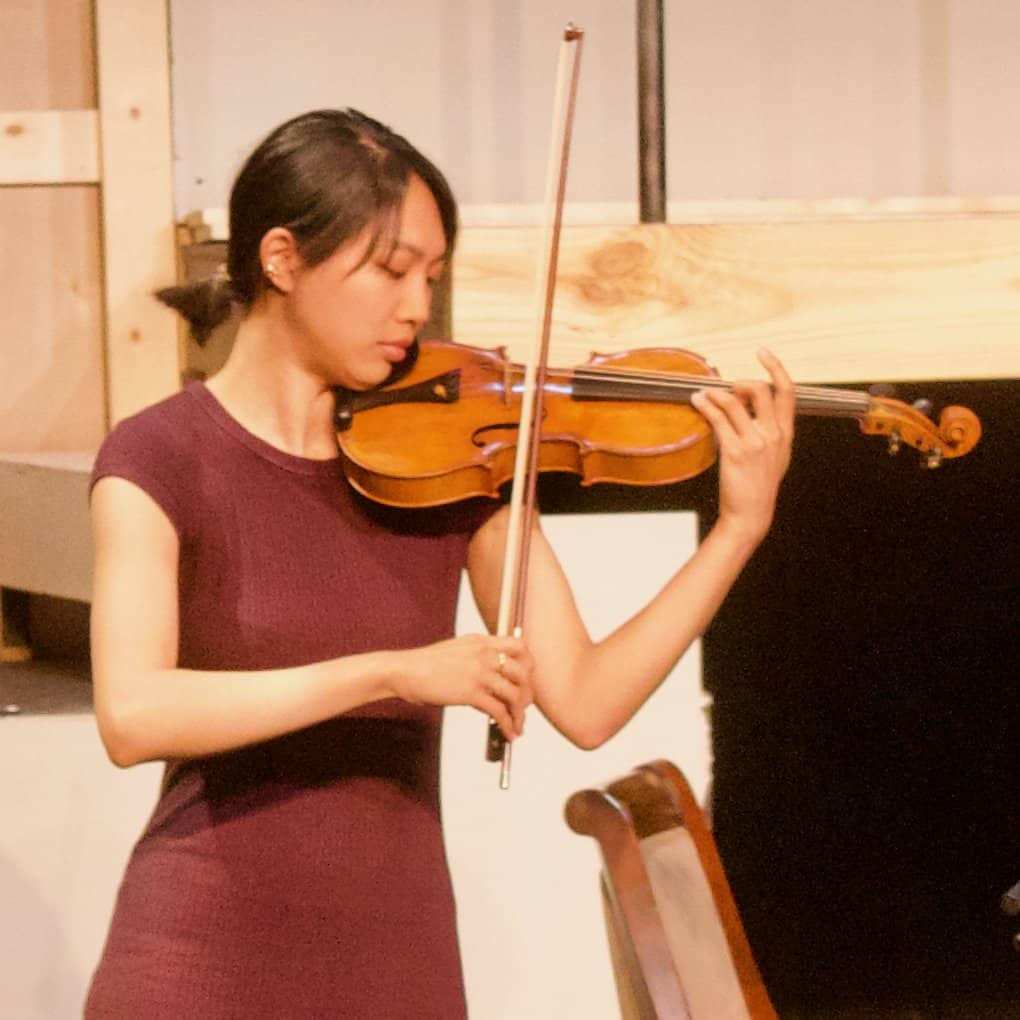 In front of a crowd of about 50 students and parents at the Theatre, she discussed her life, career and thoughts on music.

In about an hourlong appearance, she answered questions from the school’s communications director, Mr. Tijerina, and audience members. Among them:

How she began playing the violin: Her father, himself a professional violinist, was her first teacher and he insisted that she take up the instrument. She didn’t like it at first, but kept playing at his insistence and eventually came to love playing and performing, especially after winning her first international competition, the Wieniawski International Violin Competition in Poznan, Poland.

How long does she recommend that young violin students practice? About 45 minutes to an hour.

Why did her family choose to send her to Keystone? Since she’s an introvert and does best in smaller settings, the size and personalized approach of Keystone was ideal for her.

How did she balance her musical studies and performances with the workload at Keystone? It wasn’t easy. She remembered combining tasks such as eating her breakfast in the car on the ride from her Stone Oak house to the Keystone campus. She later built on those skills as a student in a joint program at Harvard and the New England Conservatory of Music. She later dropped the conservatory program to focus on her classwork in English literature, and her performances.

Between some of the questions, she played excerpts from the pieces she would play with the San Antonio Philharmonic.

If you’d like to see her perform, get your tickets here.