Why our seniors chose to donate their prom money 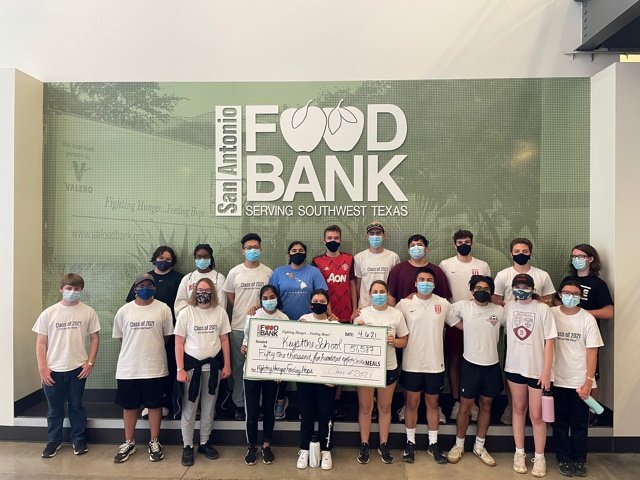 Why our seniors chose to donate their prom money

Lunch last Friday with a group of seniors could not have been more inspiring. Eleven twelfth-grade students explained why their class chose to donate the money they had raised for their prom to the San Antonio Food Bank. 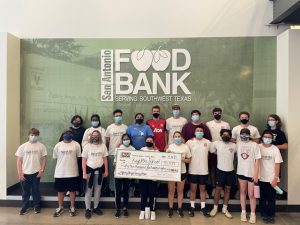 For many years, it’s been a tradition at Keystone that juniors create a variety of activities on Valentine’s Day to fundraise for prom. Whether they’re doing silly dances, singing songs, delivering notes, candy, or balloons, or other activities, the juniors run themselves ragged on February 14, or the day closest to it, bringing happiness to the entire community and subsidizing prom. As I learned in my first year, Valentine’s Day at Keystone is a big deal.

However, due to COVID, we were unable to schedule a prom last spring and this year. Somehow, dancing and physical distancing do not seem to go together very well. So, this year’s senior class found itself with a substantial amount of money that could not go to its original purpose. As a class, they discussed what would be the best use for those funds. Their thought process showed maturity and gave me hope for the future.

As Aidan, Siona, Ciarenn, Kaitlin, and Karina explained, seeing the phenomenal increase in food insecurity in San Antonio due to the pandemic compelled them to want to do something. In addition, Keystone students had worked at the food bank before, so they felt knowledgeable and comfortable supporting this organization and its laudable mission. They described the lines of people waiting to pick up food for their families and how that motivated them to do something to help those less fortunate.

Hashim also pointed out that he had volunteered for the organization by making sandwiches at the beginning of the pandemic, so he understood the impact of one’s actions on other individuals and families.

Siona then said how meaningful it was when the staff at the Food Bank presented the mock check for their donation. Their $7,367 contribution resulted in more than 51,000 meals for hungry people right here in San Antonio. Her classmates all nodded in agreement on the power of the moment.

Max also noted that it was all the more meaningful since they had already been volunteering at the Food Bank for a few hours when their monetary gift was acknowledged, so they had given both time and treasure.

Stephen, Andy, Karina, and others clarified that when they volunteered on Valentine’s Day, it was never really about prom. As Aidan said, “we didn’t work so hard on February 14 so we could have a bougie prom.” The students explained that they remembered previous classes performing skits, bringing treats, and how they felt years earlier when they were recognized. When they were juniors, these students wanted to replicate the experience for the current young children. In essence, they wanted to pay forward what they had received. As a result, the Class of 2021 created an extremely successful Valentine’s Day in terms of fun and funds raised.

A little more than a year later, these members of the Class of 2021 felt very proud that the money they raised originally for prom was now helping fellow Alamo City members in a time of need. Hashim reminded us that “it’s really tough for a lot of people right now, and what we did was a small step.” Marshall wondered how much more he and his classmates might have done a year ago if they knew then that their efforts would feed hungry people rather than go to a dance.

In a recent article called “Finding Our Way” from “Washington: The Magazine of Washington University of St. Louis,” Jeanette Cooperman outlines how one university has altered its formal and informal curricula to meet the needs of its students during the pandemic. One method for creating a sense of agency and empowerment came from people helping people. “Turned out it was easier to go through a crisis feeling connected and concerned than to sit alone in a room doomscrolling. From this realization, a new idea called The Gratitude Project took shape, a video series highlighting faculty, staff and students working for the greater good.”

“‘One of the most effective ways to take care of ourselves is to take care of other people,’ notes Tim Bono, a lecturer in psychological and brain sciences, assistant dean in student affairs and driving force behind The Gratitude Project. He urged students to run errands for elderly neighbors, provide meals for hungry families, share their talents online, or find ways to thank those who were doing all these things.”
“We know about post-traumatic stress, but there is newer research on post-traumatic growth, Bono notes. Both individuals and communities can grow stronger in times of adversity. He sees the marked increase in warmth, humanity, and personal concern across the university.”

In a very candid moment toward the end of our lunch conversation, Nicole said she was not sure if they would have donated the money had it not been for the pandemic and the consequent cancellation of prom. She then made clear, though, that perhaps one of the silver linings of the past year is ‘that we’ve all become better people.” Thank you Class of 2021 for showing us how to turn adversity into an opportunity for individual and communal growth!