Wise words to follow, even if they’re from a Spurs rival 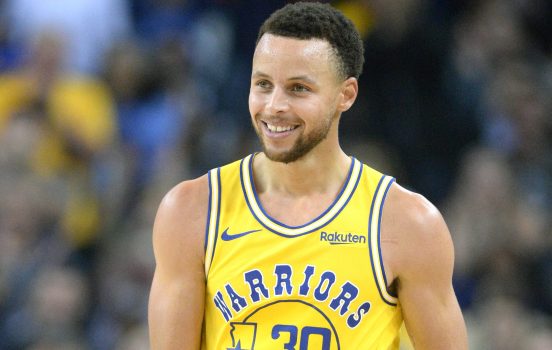 Wise words to follow, even if they’re from a Spurs rival

“Be yourself. Be good, and try to be great-but always be yourself.”
– Ariel Johnson Lin, paraphrased by Stephen Curry

Ok, I am going out on a limb here with this week’s blog, and it’s not because the topic is particularly controversial. (At least, I hope it won’t be.) I know that I’m now a proud Spurs fan and join my fellow San Antonians in cheering for the Silver and Black, but I read a piece by Stephen Curry last week and I wanted to share it with you. That’s right – Steph Curry of the Golden State Warriors. We admire his skill in raining down threes and take some pride that his coach, Steve Kerr, is a former Spur, even though we want his team to lose.

Curry’s essay has nothing to do with basketball, so please follow the link and read it: 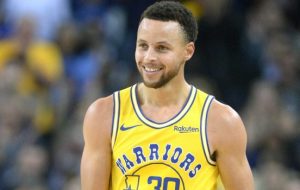 In this piece, Curry reflects on parenthood, and in particularly bringing up girls in a world where a pay gap still exists between men and women doing the same job. Curry begins by revelling in the fact that his daughter still looks up to her parents and wants to be like them. His words had me remembering when our children wanted to be like us before they began to individuate and figure out that there may be other things they wish to do and be. Like her dad, Curry’s daughter plays basketball and like her mom, she loves to cook. He knows that she will change as she grows older, but he’s going to enjoy this fleeting moment in time.

Nevertheless, Curry also realizes that in today’s world, no matter what his daughter does, she will make less than her male counterparts doing similar work. Curry declares this type of pay structure is not only wrong, but it’s also wrong-headed. As Curry says so eloquently, “You’re not world class, if you’re not actively about inclusion.” His words can also describe Keystone’s commitment to creating an inclusive community. When we don’t maximize the gifts of each personally individually, we lose out as a society collectively.

Curry goes on to describe the basketball camp he started this past summer for girls. The young women worked not only on their dribbling, passing, and shooting skills, but they also learned from successful women in sports and business. It was during one of these sessions that Ariel Johnson Lin, a VP at JP Morgan Chase and Co answered a girl’s query on how she operates in a male-dominated world by advising the girls to “Be yourself. Be good, and try to be great-but always be yourself.”

Later in the essay, Curry discusses the birth of his first son. He wrestles with how to bring up a boy in a world where he will have advantages merely by his gender, and how he can teach his son to leverage that power to help women achieve equality-not out of a sense of noblesse oblige or paternalism, but because that is what is right and what is good. He will encourage his son to not only learn about equality but actually do the heavy lifting to realize it for others. As with his daughters, he wants his son to “Be yourself. Be good and try to be great-but always be yourself.”

So, as we endeavor to teach our children Keystone’s core values of academic excellence, ethical growth, community involvement, and responsible leadership, let’s make sure they learn to treat everyone equitably so we can all grow and develop together.